Jaya steps up attack on Raja over spectrum scam

All India Anna Dravida Munnetra Kazhagam on Wednesday made a fresh round of attack on Union IT and Communication Minister A Raja for his alleged role in the 2G spectrum scam, saying the people should send telegrams demanding his immediate expulsion from the cabinet to the President.

"Raja has presided over what is easily the mother of all scams the 2G spectrum," party chief J Jayalalithaa said, adding, demands for his ouster by her and other 'right-thinking' political leaders have fallen on deaf ears.

"The time has come for the people to step in", she said. "Raja, the DMKs poster-boy in Delhi, hails from a party that lacks morality and it is not reasonable to expect him to quit on moral grounds. Neither would his party leader ask him to quit," she said.

Jayalalithaa said though it was over two years since the scam first surfaced and its specifics getting murkier by the day, the Congress-led coalition in Delhi could not demand his resignation.

The Congress is worried that such a "precipitate demand" will lead to Karunanidhi pulling out of the coalition leading to its premature collapse, she said.

Jayalalithaa, who is eyeing for an alliance with Congress for the next year's assembly polls in Tamil Nadu, said although the Congress tried to project itself as a role model for public morality, it has "not emerged with a halo around it" because of the presence of Raja in the Union Cabinet.

"Raja has presided over what is easily the mother of all scams the 2G spectrum scam, that has caused, according to calculations worked out by no less an authority than the Comptroller & Auditor General of India, loss to the Indian exchequer to the extent of Rs 1,76,379 crores", she said.

Raja's pro-active role in this "massive, unprecedented scam" has been made public not merely by opposition leaders and the media but by the Central Vigilance Commission, the high court of Delhi, the Supreme Court and the Comptroller and Auditor General, she said. 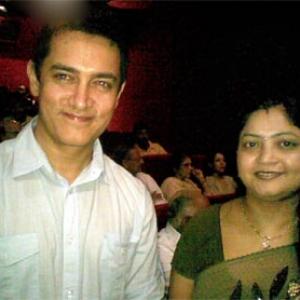