Marlon James made literary history by becoming the first Jamaican author to win the prestigious 2015 Man Booker Prize for Fiction for his book A Brief History of Seven Killings. 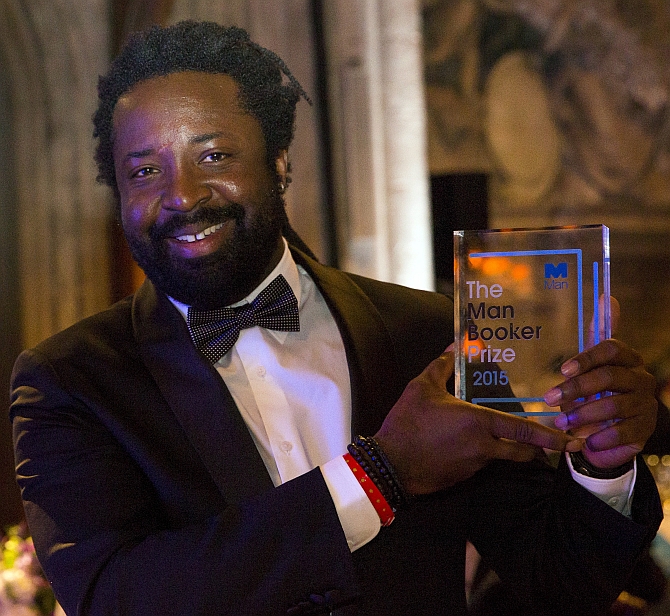 James beat British-Indian author Sunjeev Sahota's The Year of Runaways and four other international titles to bag this year's trophy at a ceremony held at London's Guildhall.

"This is so surreal. I feel like I may wake up tomorrow and find all this was a dream," said the 44-year-old, now based in Minneapolis.

James' winning work, his third novel, is inspired by the real-life attempted assassination of Bob Marley in the 1970s and explores Jamaican politics through the lens of reggae music.

This is the first Man Booker Prize winner for independent publisher, Oneworld Publications.

Michael Wood, chair of the judges, described the 686-page epic as the "most exciting book" on the shortlist, which he said was "full of surprises as well as being very violent and full of swearing".

"Someone said to me they like to give Booker winners to their mother to read, but this might be a little difficult," he joked.

This is the second year the Man Booker prize has been open to all authors writing in English, regardless of nationality.

Sahota, who was born in Derbyshire in the East Midlands region of England to Punjabi migrants, was among the favourites for this year's literary honour for his work which traces a year in the lives of four young migrants from India struggling to make a living in England.

The shortlisted authors each receive £2,500 and a specially-bound edition of their book. The winner receives a further cheque for £50,000.

First awarded in 1969, the Man Booker is recognised as the leading award for high quality literary fiction written in English.

Image: Marlon James poses with his award at the ceremony for the Man Booker Prize for Fiction 2015 in London, Britain. Photograph: Neil Hall/Reuters