His Indian parents migrated to England from East Africa in the 1970s. His father Yashvir was a doctor who worked for Britain's National Health Service while his mother Usha ran a pharmacy.

He went to Winchester College, the elite school which Saif Ali Khan also attended, and was head boy there.

At Oxford, he graduated with a first in philosophy, politics, economics (PPE, traditional subjects for British politicians) and went to Stanford as a Fulbright Scholar where he got an MBA.

At Stanford, he also met and fell in love with a girl from Bengaluru, whose father had co-founded one of India's leading IT companies and whose mother is one of India's best-loved writers.

Rising rapidly in the Conservative party, he served as Britain's first Indian origin Chancellor of the Exchequer (the UK's finance minister).

Earlier this year, his political career seem to unravel with a series of exposes that revealed that his wife Akshata Murty -- Sudha Murty and N R Narayana Murthy's elder child -- an Indian citizen, had non-domiciled status in Britain and did not pay UK taxes on income she earned abroad. One estimate noted that Akshata had avoided paying an estimated £20 million in British taxes.

To dissipate the controversy, Akshata announced that she would henceforth pay British taxes on her global income because she didn't want the issue to be 'a distraction for my husband'.

Another expose -- there were rumours that the leaks emanated from Prime Minister Boris Johnson who had come to see him as a rival, a speculation angrily denied by 10, Downing Street -- revealed that he had a US Green Card until 2021, including 18 months into his tenure as chancellor.

Though a probe cleared him and Akshata of any wrongdoing, some commentators believed his political career was stalled for now.

Last week, on July 5, Rishi Sunak switched on the ignition of his political jalopy when he resigned as chancellor and effectively launched the Conservative party rebellion that led to Boris announcing his decision to step down as party leader and prime minister.

On Tuesday, July 12, a week after he quit cabinet, Rishi launched his campaign to be the next Conservative leader and prime minister.

That a brown skinned man -- albeit one who speaks with a posh English accent -- would one day be the front-runner in a race to elect Boris's successor and head the party once led by Churchill and Thatcher would seem indigestible to the white men and women who have formed the trunk of the Conservative party for generations.

If Rishi triumphs, it would be ironic that an Indian is Britain's prime minister in the 75th year of India's Independence from the British Raj. 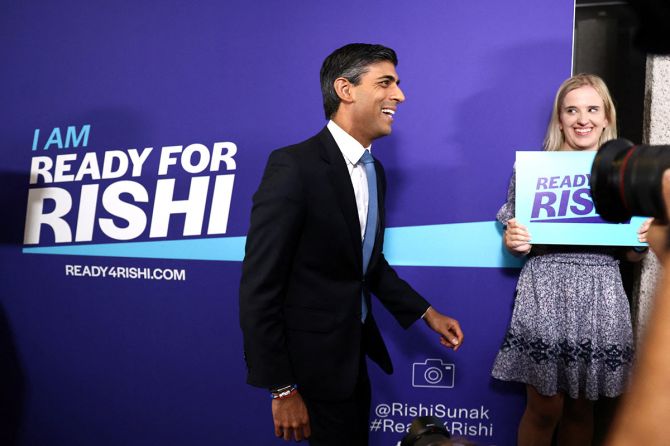 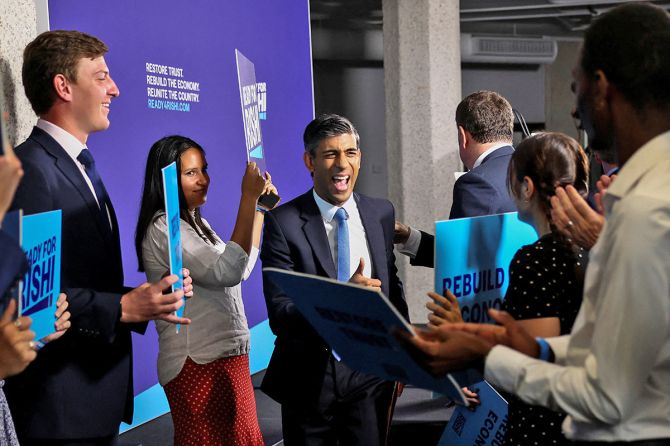 IMAGE: Rishi has recalled that his parents, who grew up in Kenya and Tanganyika (present day Tanzania) worked hard all week when he was growing up. Along with his siblings, he remembered he would go to his mother's pharmacy every Saturday to help keep it tidy. 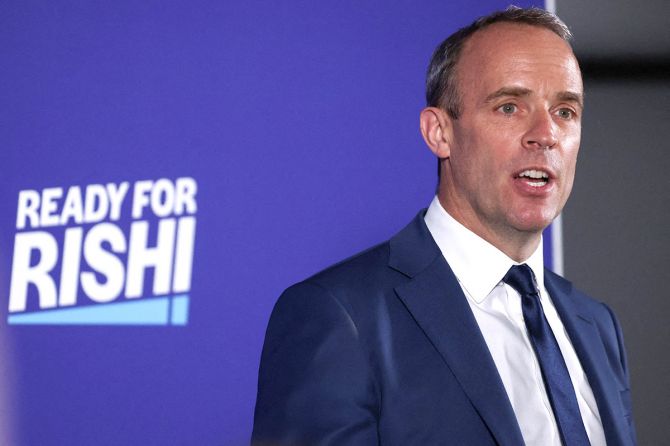 IMAGE: Deputy Prime Minister Dominic Raab announced his support for Rishi, providing important propellant for the campaign.
Another boost for Rishi was Defence Minister Ben Wallace's decision not to run; bookies had cited Wallace's chances of a win better than Rishi's. 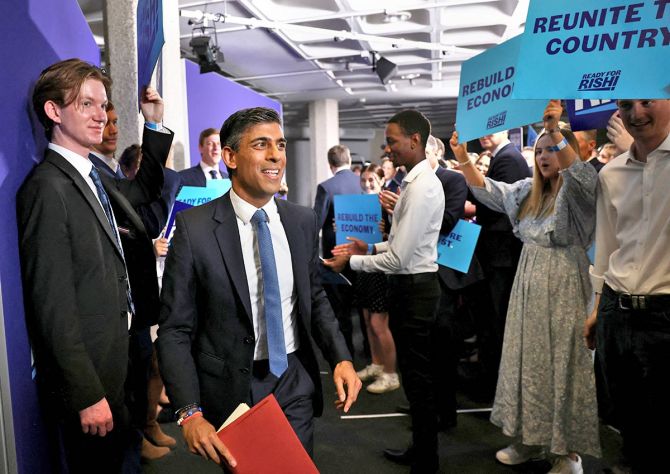 IMAGE: In an interview, Rishi juxtaposed his Nani lighting diyas at Diwali outside the Sunak home against Akshata and their daughters doing likewise outside their home -- only it was 11, Downing Street, the British chancellor of the exchequer's residence. 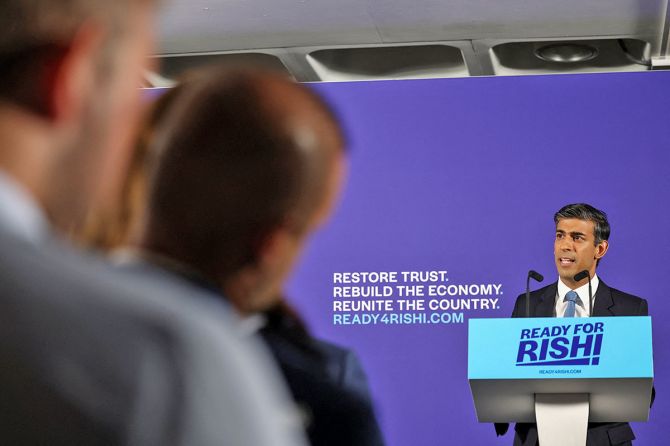 IMAGE: Intentional or inadvertently, there was something Obamaesque about Rishi Sunak's campaign launch on Tuesday. 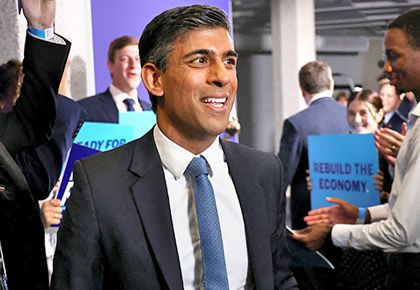 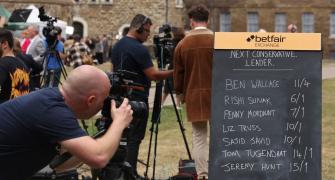 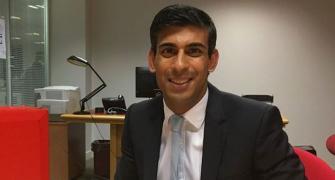 PIO Rishi Sunak says he is running for British PM 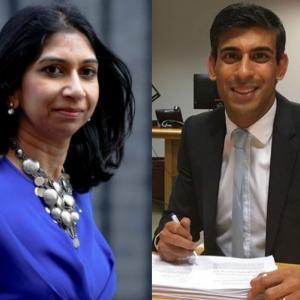 Sunak, Braverman on shortlist of 8 in UK PM race 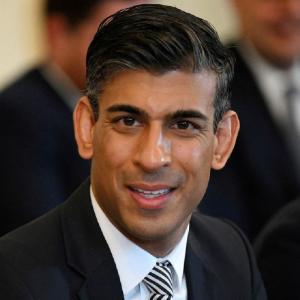