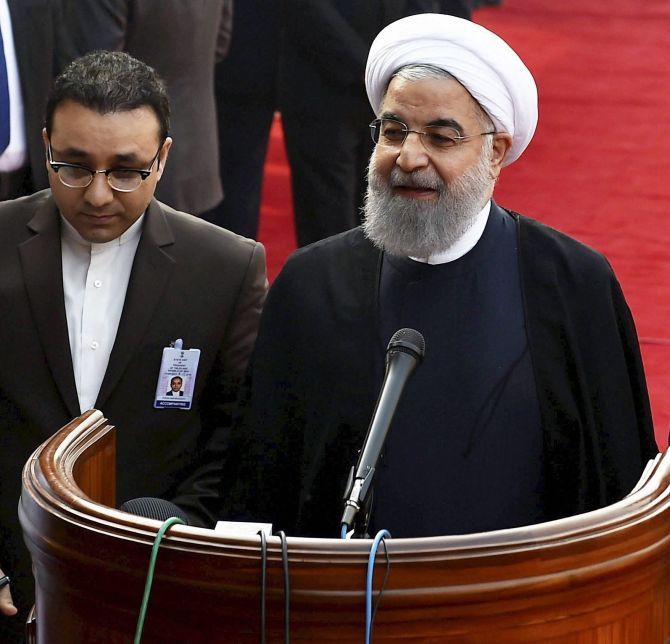 Iranian President Hassan Rouhani on Saturday asserted that his country will adhere to the terms of the nuclear deal it signed with world powers till "the last breath" and warned that the United States will "regret" if the pact was broken.

Rouhani's comments come after US President Donald Trump had threatened to pull out of the deal. He had sought a review of the nuclear pact.

"We as a country have always adhered (to commitments). We will not violate it (the pact) and will stay on board. It is the order of God. If we are signing the pact then we will adhere to it, till the last breath," he said.

Rouhani, while delivering an address in New Delhi on 'The priorities of the foreign policy of Islamic Republic of Iran', said the time for "haggling" by president Trump is over and negotiating after signing the deal is "ridiculous".

The US is not dealing with Iran alone on the issue of nuclear pact but also with the United Nations Security Council, which has approved the pact, said Rouhani at the event organised by the Observer Research Foundation.

The US, he observed, will "regret" if the deal collapses and the people within that country would voice concerns over it.

The Joint Comprehensive Plan of Action, also commonly known as the Iran nuclear deal, was a notable foreign policy achievement of the Obama administration.

The deal, struck in 2015 between between Iran and six world powers -- the US, the UK, Russia, France, China, and Germany -- lifted economic sanctions on Tehran, and in return put limitations on its controversial nuclear energy programme.

President Trump has expressed its reservations about the deal.

Last month, he waived sanctions against Iran as required under the JCPOA, but warned that it will be the last such waiver if radical changes are not made in the pact.

A joint statement by India and Iran after Rouhani's delegation-level talks with Prime Minister Narendra Modi said India reaffirms its support for full and effective implementation of the JCPOA.

The JCPOA has been endorsed by the UN Security Council and is a crucial contribution to the non-proliferation framework and international peace, stability and security, it said.

Backing New Delhi's quest for a permanent seat in the UNSC, Rouhani asked why India, a nation with population of 1.3 billion, was not a member of the powerful club.

"Why doesn't India, with a population of 1.3 billion, have veto rights? Those who had atomic bombs were given veto rights," Rouhani said, emphasising on having ethics in foreign policy as against military might.

Veto right in the UNSC lies with the US, the UK, China, France and Russia.

Hitting out at the US, Rouhani said many issues in the world today have arisen out of miscalculation and Washington has constantly resorted to that mistake with regard to Tehran.

He said the US sought to control the lives of Iranians and even tried to stop the 1979 Islamic revolution.

Recalling the Iraq-Iran war, Rouhani said Saddam Hussain, the former president of Iraq, who ruled the country with an iron fist, reneged on the commitment made between the two countries and borders, which resulted in a devastating war. 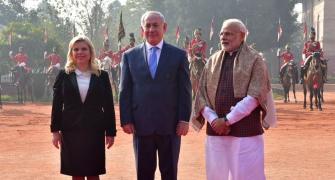 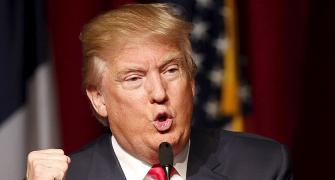 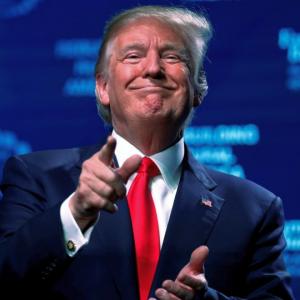 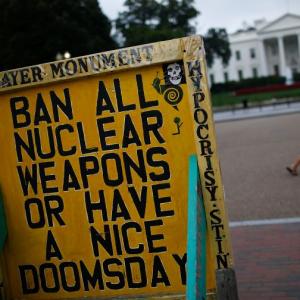