The Delhi high court on Wednesday dismissed the Central Bureau of Investigation's challenge to a trial court order allowing inspection of documents by Congress leader P Chidambaram, son Karti Chidambaram and other accused in the INX media case. The CBI had sought to set aside a special judge's March 5 order that directed the agency to allow inspection of documents kept in the 'malkhana' (room where case properties are kept) by the accused or their counsel.

The investigating agency had opposed the inspection of documents on the grounds that the probe in the INX media case, in which the Chidambarams are accused, is still ongoing, and that it may result in evidence tampering.

In its plea before the high court, the CBI had submitted that the INX Media case involved high level of corruption with wide ramifications on society, and while the accused have a right to a fair trial, the collective interest of society could not be impinged.

The agency contended that the very essence of trial is to unearth the truth for which the court cannot assist the accused in search of a plausible defence.

The high court had on May 18 stayed trial proceedings in the case involving Chidambaram and his son.

It had also issued notice and sought responses of Chidambaram and others on the CBI's plea.

The agency had registered its case on May 15, 2017, alleging irregularities in a Foreign Investment Promotion Board (FIPB) clearance granted to INX Media group for receiving overseas funds of Rs 305 crore in 2007 during Chidambaram's tenure as finance minister.

Thereafter, the ED had lodged the money laundering case. The Chidambarams are on bail in the case. 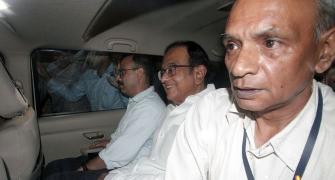 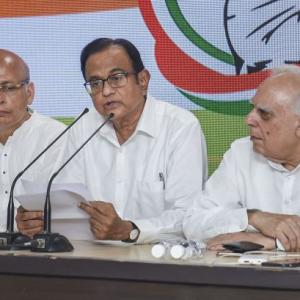