India's nuclear liability law not consistent with CSC: US

The nuclear liability regime, which has become a sticking point in full implementation of the Indo-US civil nuclear deal, had figured among one of the major topics of discussions between US Secretary of State Hillary Clinton and External Affairs Minister S M Krishna, when the two leaders met in New York this week in New York, a senior Obama administration official had said.

"The Secretary urged India to ensure that its nuclear liability regime conforms with the Convention on Supplementary Compensation for Nuclear Damage," he said on the talks.

The State Department said in a statement that "there continues to be serious concerns that India's 2010 nuclear liability law is not consistent with the CSC."

"The IAEA is an appropriate venue for clarification on issues related to the Convention on Supplementary Compensation on Nuclear Damage, which deals with international nuclear liability. The Agency can be helpful in assisting countries in evaluating their compliance with the CSC," it said.

Such a statement from State Department comes after top US officials this week urged India to take steps to ensure that its nuclear liability bill is in tune with international standards.

"For international and Indian firms to participate in India's civil nuclear sector, India needs a nuclear liability regime consistent with international standards," Deputy Secretary of State, William J Burns had said at a seminar on Indo-US ties organised jointly by the Brookings Institute and the Federation of Indian Chambers of Commerce and Industry.

"To this end, we welcome India's commitment to ratify the Convention on Supplemental Compensation later this year, and we encourage India to engage with the International Atomic Energy Agency to ensure that India's liability regime fully conforms with the international requirements under the Convention," he said in his remarks.

India's Civil Liability for Nuclear Damage Law allows the operator of a nuclear plant to seek damages from the supplier in case of a nuclear incident due to supply of equipment  with latent and patent defects or sub-standard services.

However, the law has not gone down well with global suppliers.
Source: PTI© Copyright 2022 PTI. All rights reserved. Republication or redistribution of PTI content, including by framing or similar means, is expressly prohibited without the prior written consent.
Related News: Convention on Supplemental Compensation, India, International Atomic Energy Agency, State Department, William J Burns
Print this article
Give Telangana state in a month or two: TRS tells Centre 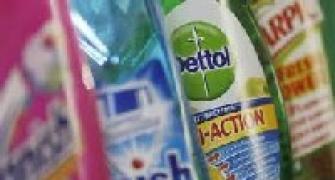