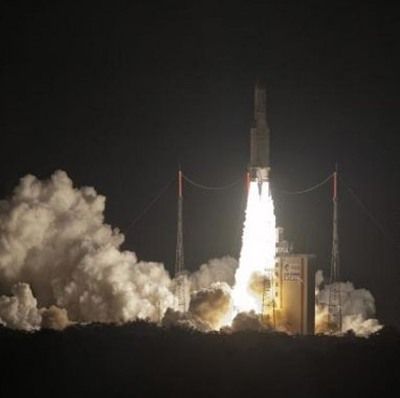 Boosting India's communication services, its latest satellite GSAT-16 was successfully launched on board Arianespace rocket from the spaceport of Kourou in French Guiana in the early hours of Sunday, after a delay of two days due to bad weather.

The satellite with 48 transponders, the largest ever carried by a communication spacecraft built by Indian Space Research Organisation, was injected into the intended Geosynchronous Transfer Orbit (GTO) in about a 32-minute flight after a perfect lift-off by the European launcher at 2.10 am.

It was a dual satellite launch with GSAT-16 with a lift-off mass of 3,181 kg ejected into space four minutes after its co-passenger DIRECTTV-14 spacecraft, designed to provide direct-to-home TV broadcasts across the US, was placed in orbit, Arianespace said.

After the command and control of the satellite was taken over by its Master Control Facility at Hassan in Karnataka soon after the launch, the Bengaluru-headquartered ISRO said initial checks indicated "normal health" of GSAT-16.

ISRO said the first orbit raising operation is scheduled for Monday at around 3:50 am as part of manoeuvres to place the satellite finally in its designated slot at 55 deg East longitude in the Geostationary orbit before being co-located with GSAT-8, IRNSS-1A and IRNSS-1B satellites.

The launch of GSAT-16 was originally scheduled for Friday but was put off hours before the lift-off due to inclement weather at Kourou, which is chosen for its strategic location of being close to the equator that is ideally-suited for missions into the geostationary orbit.

Arianespace rescheduled the flight for Saturday at 2.09 am (IST) but within hours that too was postponed, citing "unfavourable weather conditions (high altitude winds" over the launch pad.It was then rescheduled for wee hours of Sunday.

"... two days we had to wait for this to happen, but it has happened excellently, so congratulations to all people from Arianespace for its excellent performance," ISRO Satellite Centre (ISAC) Director S K Shivakumar said at the Arianespace facility.

A multi-application telecommunications satellite, GSAT-16 will cover the entire Indian sub-continent. It is the 18th ISRO satellite to be launched by Arianespace, starting with the Apple experimental satellite in 1981, Arianespace said.

It would augment the national space capacity with 48 transponders joining 180-odd existing transponders with ISRO which has been hit by capacity crunch, impelling it to lease 95 transponders on foreign satellites mainly for private sector users like TV broadcasters who have often complained of inadequate transponder capacity to meet their requirements.

The transponder augmentation has become a pressing need, prompting advancement of GSAT-16 launch by about six months.

Shivakumar said in the next few days rest of the operational activities like Onboard Liquid Apogee Motor firing and others will be carried out.

"Subsequently telecommunication payload systems are planned as part of on orbit testing and we hope to have the spacecraft ready for services by the end of this year," he said

Shivakumar said GSAT-15, which also would be launched from Kourou, was at the advanced stage of integration at ISRO satellite centre where tests were being conducted. "That is expected to be ready for launch some time by third quarter of 2016."

ISRO said the present orbit of GSAT-16 will be raised to Geostationary Orbit of about 36,000 km altitude by December 12 through three orbit raising manoeuvres by the firing LAM engine.

India's rockets PSLV and the present GSLV do not have the capability to launch satellites of more than two tonne class, prompting ISRO to opt for an outside launch. ISRO is developing the next big launcher, GSLV-MkIII, which can put satellites of up to four tonnes in orbit.

The government in July, 2013 had given approval for GSAT-16 with a procured launch cost and insurance both amounting to Rs 865.50 crore.

Ariane's payload lift performance is more than 10,200 kg, including a combined total of some 9,480 kg for DIRECTV-14 and GSAT-16 passengers.

The designated on orbit operational life of GSAT-16 is 12 years. GSAT-16 will replace INSAT-3E, which was decommissioned a little prematurely in April. 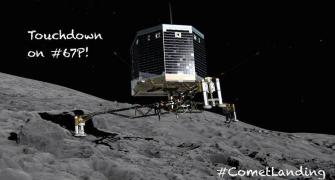 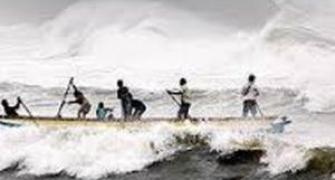 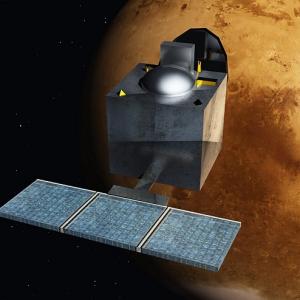