India's arms imports down by 33%: Report

India’s arms imports fell 33 per cent between 2011-15 and 2016-20, according to a report of the Stockholm International Peace Research Institute. According to the defence think-tank, the drop in Indian arms imports seemed to have been the result of the country’s complex procurement processes combined with an attempt to reduce its dependence on Russian arms.

The 33 per cent drop in arms imports between 2015 and 2016 affected Russia the most, but India’s imports of US arms also fell, by 46 per cent, the report points out.

According to Sipri, India accounted for 0.2 per cent of the share of global arms exports during 2016-20, making the country the world’s 24th largest exporter of major arms. This represents an increase of 228% over India’s export share of 0.1 per cent during the previous five-year period of 2011-15.

China accounted for 74 per cent of Pakistan’s military imports during the last five years, up from 61 per cent in 2011-15.

As part of efforts to boost defence imports and promote domestic manufacturing, the defence ministry had last year notified a list of 101 items on the negative import list.

The second negative list with more items is expected to be issued later this year. In addition, the ministry has reserved a part of the capital budget for procurement from domestic industry.

The five largest arms exporters in 2016-20 were the US, Russia, France, Germany and China, while the top importers were Saudi Arabia, India, Egypt, Australia and China. 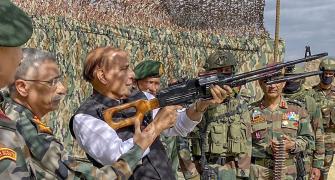 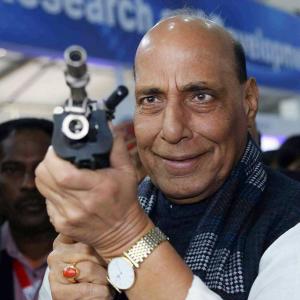