The Indian government's assertions that its first nuclear explosion in 1974 was for peaceful purposes was described by Chinese diplomats as "nonsense" and that the then prime minister Indira Gandhi had "inherited the hypocrisy" of her father Jawaharlal Nehru.

Peking (now Beijing) also had a grouse that it was not informed about the tests by Indians. The latest round of disclosures of United States diplomatic cables by Wikileaks show that Peking had commented briefly on the Indian tests as the Pokhran explosion did not affect China and was not viewed as a "particularly important event".

"It would, however, delay and complicate improvement of relations among South Asian countries," the then Second Secretary Li Ta-Nan had told a US embassy official on May 29, 1974, 11 days after the nuclear test.

Li noted that the then Foreign Secretary (east) Trivedi was briefing Asian and African diplomats in Delhi on the test.

"But the Indians had said nothing to the Chinese here about it. Li voiced suspicion that the Soviets knew of the test in advance and may have aided the Indians in preparing it. But he admitted he had no evidence of this. He said Indian talk about peaceful uses was nonsense. Mrs Gandhi had inherited the hypocrisy of her father," the cable quoted Li as saying.

In a cable from the US mission in Argentina Ambassador Hill, the then Chinese Ambassador Ching Wei-Chih commented that China was "not surprised" by the Indian tests and that neither the US or USSR should have been surprised since it was they who had helped India gain nuclear capability.

"Ambassador Hill indicated this was not the case and subsequently sent to Ambassador Ching Wei-Chih some clippings from the US press which put the genesis of the Indian nuclear blast in perspective," the cable said.

When Ambassador Hill inquired as to the status of Chou-en-Lai, the Chinese ambassador dismissed the latter as a "sick old man".

"Ambassador Hill refrained from noting that Chou no older and probably no sicker than Mao," it said.

The cables revealed that the United States itself was informed of the tests on the morning of the explosion. "Foreign Secretary Kewal Singh called in the Charge at 10 am May 18 to inform that India has at 8 am on May 18 carried out a peaceful nuclear explosion.

"Saying that he was informing the US charge before other diplomatic representatives and that he was carrying out the instructions of the foreign minister, Singh said that the explosion had been of an implosion device at a depth of over 100 metres below ground," it said.

The foreign secretary had explained that the test was carried out as an experiment to keep India abreast of the technology for peaceful use of nuclear energy like mining and earth moving.

"Singh asked that there be no misunderstanding that India remains absolutely committed against the use of nuclear energy for military purposes," the cable said.

It said, "The Charge replied that he believed this news would be received with considerable shock in Washington. Explained that as Kewal Singh knew, the US did not believe possible to distinguish between explosions for peaceful and military purposes. Singh repeated that India was absolutely opposed to military uses."

The US embassy, in its analysis of tests, the explosion of a nuclear device has come at a time when India is in "deep economic difficulty" and the government was contending with a "rising tide of disillusionment and discontent".

"The turmoil earlier this year (1974) in Gujarat and then Bihar, scattered small scale violence, and the current rail strike have confronted the government with a series of crisis in maintaining political and economic discipline," it said.

The embassy said they were inclined to believe that this "general domestic gloom and uncertainty" weighed significantly in the balance of India's nuclear decision.

"The need for a psychological boost, the hope of recreating the atmosphere of exhilaration and nationalism that swept the country after 1971 (liberation of Bangladesh) -- contrary to our earlier expectation -- may have tipped the scales," it said.

Despite the cold war between the two super powers then, there appeared to have been a good relationship among the diplomats of the US and USSR.

A US embassy cable of December 15, 1976 shows that although there had been rumours that Podgorny and or Gromyko might visit India in the next few months, the Soviet embassy informs the US that there will be no "political-level visits" from Moscow to New Delhi.

“Soviet PolCounselor told EMBOFF December 12 that he had confirmed this with visiting Deputy Director of Soviet FONMIN South Asian desk, Boldyrev, the previous day," it said.

The Soviet Political Counselor acknowledged that the relationship between the Congress and CPI were increasingly strained, a fact which would affect Congress-Community Party of soviet Union relations and ultimately might affect India-Soviet relations, it said.

Sanjay's "future prospects" were a matter of "apparently serious concern to the Russians", one of the despatches said. "Indo-Soviet comings and goings continue to be active on a variety of technicals fronts. Nevertheless, the Indian domestic political situation clearly disturbs the Soviets, particularly the role of Sanjay Gandhi," a December 15, 1976 diplomatic cable originating from New Delhi said. 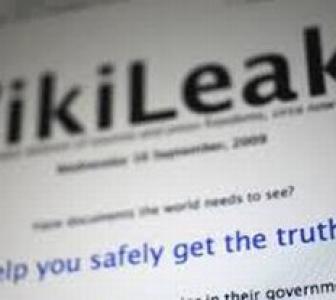 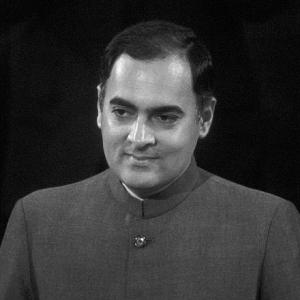 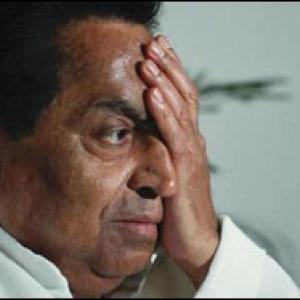