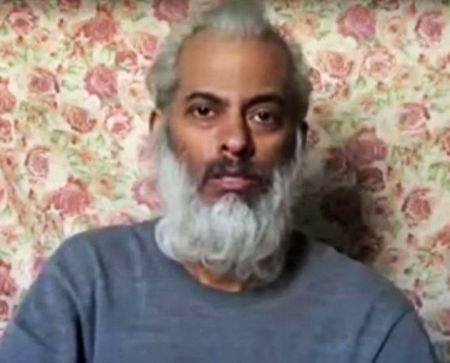 Father Tom Uzhunnalil, an Indian Catholic priest, abducted by terrorists in strife-torn Yemen, has made a fresh video appeal for urgent help after getting a "poor response" from authorities, saying his health was deteriorating quickly and required hospitalisation.

Father Tom, 58, who hails from Kerala, was abducted in March last year by a terror group. He had gone missing in Yemen after the Islamic State militant group attacked a care home run by Mother Teresas Missionaries of Charity.

Gunmen had stormed the refuge for the elderly in April last year and killed a Yemeni guard before tying up and shooting 15 other employees.

Four foreign nuns, including an Indian, working as nurses were among those killed.

Father Tom was captured from the southern Yemeni city of Aden by gunmen who killed at least 15 people at an old people's home in an attack that was condemned by Pope Francis.

In the video carried by Aden Time news website, a frail-looking priest said, "I am Father Tom Uzhunnalil. My date of birth is August 18, 1958. I received the message of concern that you sent me my dear family people. I am thankful to you. Thank you very much".

"They (abductors) are treating me well to the extent that they are able. My health condition is deteriorating quickly and I require hospitalisation as early as possible.

"They contacted our Indian government authorities several times and I have seen the message of their response. It was very very poor," the white-bearded Father says.

"They also contacted Bishop, Bishop of Abu Dhabi. Their too response to us was not encouraging. Neither the Bishop nor the Indian government authorities asked them what they really want to get me released. It is a poor response and I am sad about that.

The veracity of the video could not be ascertained.

It is not yet clear who was behind his abduction.

Her remarks had come a day after a purported video by the priest appealing to the government to free him surfaced.

In that video, Tom was seen pleading for help from Indian government and fellow Christians including Pope Francis. However, the veracity of the video could not be ascertained.

Members of a Saudi-led coalition, which supports exiled president Abdrabbuh Mansour Hadi, has been battling Huthi rebels and their allies since March 2015.

A large swathe of Yemen is under the control of al-Qaeda and allied terrorist groups.