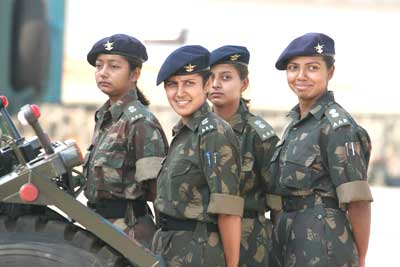 In a transformational move, the Indian Army is all set to open up combat positions for women, a gender barrier broken by only a few countries globally.

Army Chief Gen Bipin Rawat said the process to allow women in combat role, currently an exclusive domain of men, is moving fast and initially women will be recruited for positions in military police.

"I am looking at women coming as jawans. I am going to start it soon. Firstly, we will start with women as military police jawans," he said, giving details of the move to allow women in the male-dominated positions in the army.

Currently, women are allowed in a number of select areas including in medical, legal, educational, signals and engineering wings of the army but combat roles are kept off limit for them due to operational concerns and logistical issues.

The army chief said he was ready to recruit women as jawans and the matter is being taken up with the government.

"We have already started the process," Gen Rawat told PTI in an exclusive interaction recently.

He said women will have to show grit and strength in taking up challenges in combat role and shattering the glass ceiling.

The roles of military police include policing the cantonments and army establishments, prevent breach of rules and regulations by soldiers, maintaining movement of soldiers as well as logistics during peace and war, handling prisoners of war and extending aid to civil police whenever required.

Creating history, the Indian Air Force, last year, had inducted three women as fighter pilots, less than a year after the government decided to open the fighter stream for women on an experimental basis.

A decision on having women as fighter pilots will be taken after evaluating performance of the three women -- Avani Chaturvedi, Bhawana Kanth and Mohana Singh who are now part of IAF's fighter squadron.

The Indian Navy is currently deliberating on a policy on having women onboard the ships. The Navy allows women in various other segments including in legal, logistics, naval architecture and engineering departments.

Gen Rawat has given a thumbs up to the strategic partnership model rolled out by the government to rope in leading private players for defence production, calling it a "big ticket" move to push modernisation of India's armed forces.

He said the new model is expected to fast track army's modernisation plan as it will bring new technologies and help implement major military manufacturing projects.

The army has been pressing for updating its weapons systems considering the evolving security scenario in the region and Gen Rawat said the SP model will help the army in replacing its ageing fleet of tanks and critical weapons.

"The strategic partnership model is a big ticket thing. It will help the modernisation of armed forces. We have to gradually think of replacing our tanks. In the next seven to eight years, some of our old systems will have to be replaced. It is good to start the process now. Because for production to take place, you need time," the army chief said.

Referring to the army's modernisation programme, Gen Rawat expressed happiness over its progress and referred to arrival of two ultra light howitzers from the US and also about the Dhanush 155mm artillery gun developed by the DRDO.

After a 30-year wait for new artillery guns since the Bofors scandal, the army last month received the first two howitzers from the US as part of an order for 145 long-range guns.

Gen Rawat said modernisation of the armed forces must be a continuous process, adding the Navy and the Air Force are going to benefit significantly from the SP model.

"Modernisation is a process which must continue and must happen at all times. You will always have some equipment in the Army which is reaching the stage of obsolescence," he said.

The government unveiled the much-awaited strategic partnership model last week which is aimed at setting up world-class production facilities in India to manufacture submarines, fighter jets and battle tanks.

Asked about his recent comments that the armed forces are not getting their due share of resources, Gen Rawat said he made the remarks as the defence budget was little less than expected, but added that SP model will offset the shortage.

"The government is going ahead with SP model. It is also goining for government-to-government contracts (for military procurement). These steps will help us," Gen Rawat said.

Last month, the army chief lamented that the spending on defence is considered a "burden" by many in the country and the military is not getting its due share.

There has been a feeling among security experts and the defence establishment that the modernisation of armed forces is taking place at a very slow pace and that government has not been allocating adequate funds for it in the last few years.

Asked about the report of the committee headed by Lt General (retd) D B Shekatkar, he said some of the recommendations are being considered for implementation in a phased manner.

"We are working towards it," he said.

The committee was appointed in May last year to recommend steps for enhancing combat capability and rebalancing defence expenditure and it had submitted its report to the then Defence Minister Manohar Parrikar in December 2016. 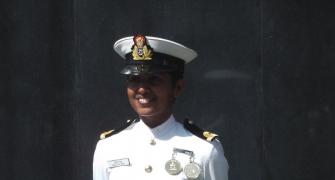 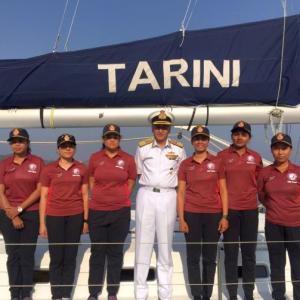