Prime Minister Narendra Modi will be reciprocating the reception he received from the Israeli PM during his visit last July, report Archis Mohan & PTI. 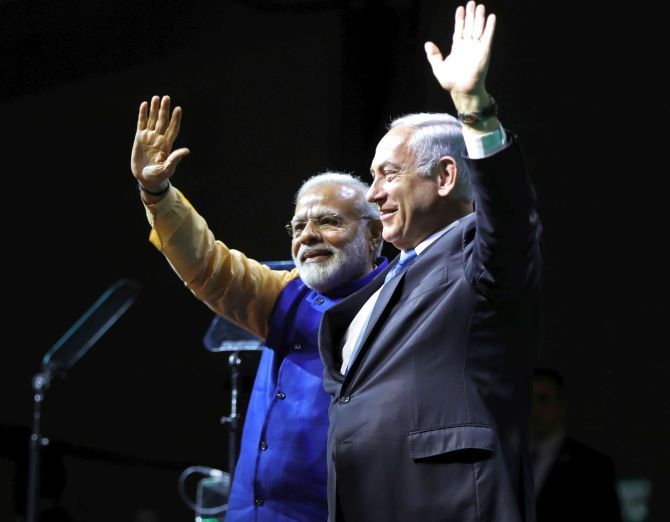 IMAGE: Benjamin Netanyahu's visit to India will be the second by an Israeli prime minister, and comes 15 years after Ariel Sharon visited New Delhi in 2003. Photograph: Ammar Awad/Reuters

In the run-up to the state visit of Israeli Prime Minister Benjamin Netanyahu to India from January 14 to 19, Israel on Thursday said it will invest $68.6 million (Rs 435 crore) to boost cooperation with India in areas like tourism, technology, agriculture and innovation over a period of four years.

Netanyahu will be visiting New Delhi, Agra, Ahmedabad and Mumbai. In Jerusalem, Netanyahu sought to move beyond India’s vote in favour of the UN General Assembly resolution condemning the United States for its decision to recognise Jerusalem as the capital of Israel.

“I would have preferred a different vote, to be frank, but I don’t think it materially changes the tremendous flowering of relations between India and Israel,” Netanyahu, addressing the Government Press Office’s annual end-of-year reception for the foreign press corps, said in Jerusalem on Wednesday.

In New Delhi, the ministry of external affairs stressed the importance of the visit was to commemorate 25 years of establishment of India-Israel diplomatic relations, and that this was a “return visit” to the historic visit by Prime Minister Narendra Modi to Israel in July 2017.

>> Netanyahu, accompanied by his wife Sara, will be travelling to Agra to see the Taj Mahal on January 16

>> On January 17, Netanyahu along with PM Modi will attend a roadshow and community reception in Gujarat

>> In Mumbai on January 18, Netanyahu would be meeting with the Indian Jewish community.

He will have a “power breakfast” with Indian business leaders, a business seminar, attend two memorial services for the victims of Mumbai terror attacks at the Taj Mahal hotel and Nariman House and finally a gala event with Bollywood actors, directors and producers.

Modi’s was the first ever state visit by an Indian PM to Israel, where India-Israel relationship was upgraded to strategic level, with special focus on cooperation in agriculture and water.

Netanyahu also highlighted the historic nature of Modi’s visit to Israel and strengthening of bilateral relations. “I think everybody can see that. Prime Minister Modi’s visit was a very important milestone in that. My visit to India is the other one,” he said.

On the impact of India’s recent decision to cancel a half a billion dollars defence deal related to development of spike antitank guided missiles, Netanyahu said: “I think you are going to see an expansion of economic and other ties regardless of this or that deal”. He said the tremendous strengthening of ties on all fronts would in due course “will see a reflection of that more often in the voting of India in international forums.”

“It (the vote at the UNGA) does not nullify the fact that with India, with other countries in Latin America and Africa there is a tremendous increase of relations on all fronts,” the Israeli prime minister said. “It just takes longer on the international front,” he stressed.

Deputy director general of Israel’s foreign ministry Gilad Cohen said the $68.6 million investment would be in addition to the India-Israel Industrial Research and Development and Technological Innovation Fund of $40 million (Rs 254 crore) over five years with equal contribution from both sides that has already been agreed between the two sides.

Netanyahu will be leading a high-profile delegation to India, which will comprise 130 businesspersons from 102 Israeli companies drawn from areas like agriculture, water, cyber security, healthcare and security. It will be the second visit by an Israeli prime minister to India, and comes 15 years after Ariel Sharon visited New Delhi in 2003.

Several agreements including in the field of oil and gas, renewable energy, amended protocol for airports, cyber security, co-production of films and documentaries will be signed between the two sides.

Israel’s Saare Tzedek hospital would be signing an agreement with India’s ministry of health and family welfare as well. It was reported from Jerusalem that this relates to sharing of knowledge in the field of homoeopathy and ayurveda that have been gaining popularity in Israel over the last few years.

Technion-Israel Institute of Technology would also be signing an agreement with ministry of science and technology.

Modi will be reciprocating the reception he received from Netanyahu during his visit to Israel in July.

Netanyahu had accompanied Modi almost throughout his three-day trip in July of last year, which is an honour generally reserved for presidents of Israel’s close ally the United States. Modi and Netanyahu will have their official delegation level talks in New Delhi on January 15. The two will also attend the second meeting of the India-Israel CEOs forum and a business event.

Netanyahu, accompanied by his wife Sara, would be travelling to Agra to see the Taj Mahal on January 16, and return to Delhi to participate in the Raisina Dialogue. Modi is slated to accompany Netanyahu to Gujarat on January 17, where the two will attend a community reception and a road show, which would be an 8-kilometre drive from the airport to the Sabarmati Ashram.

The two leaders will also be witnessing several innovative technologies in the field of water, agriculture and health at iCreate and visit a Centre of Excellence, Gujarat Chief Minister Vijay Rupani said in Ahmedabad. ‘iCreate’ was formally launched in 2011 by Modi when he was the chief minister. The institution mentors budding entrepreneurs and guides them to set up start-ups, according to an official.

The two would then proceed for a Sabarkantha-based centre of excellence for agriculture. They will inaugurate a research facility for cultivation of dates in Kutch by remote control from Sabarkantha, the chief minister said. India and Israel had agreed to set up 28 such centres of excellence in India, of which 22 centres have been completed, Indian officials said.

Israel is also assisting India with post-harvest management techniques in agriculture and launching of a national campaign for conservation of water. The India-Israel bilateral trade in 2016-17 stood at $5 billion, with exports from India accounting for $3 billion. This, however, does not include the cooperation in defence sector between the two countries.

In Mumbai on January 18, Netanyahu would be meeting with the Indian Jewish community. He will have a “power breakfast” with Indian business leaders, a business seminar, attend two memorial services for the victims of Mumbai terror attacks at the Taj Mahal hotel and Nariman House and finally a gala event with Bollywood actors, directors and producers. 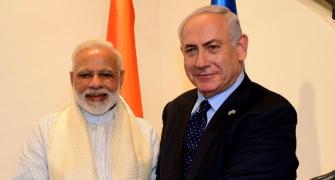 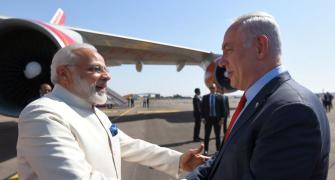 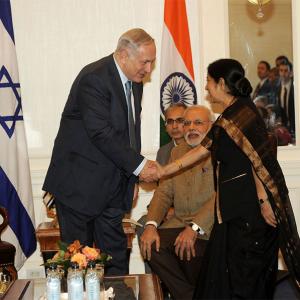 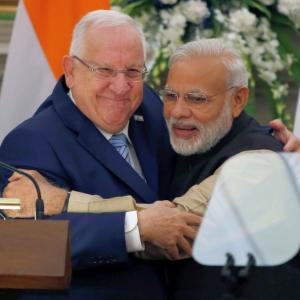 'India's ties with Israel are special'