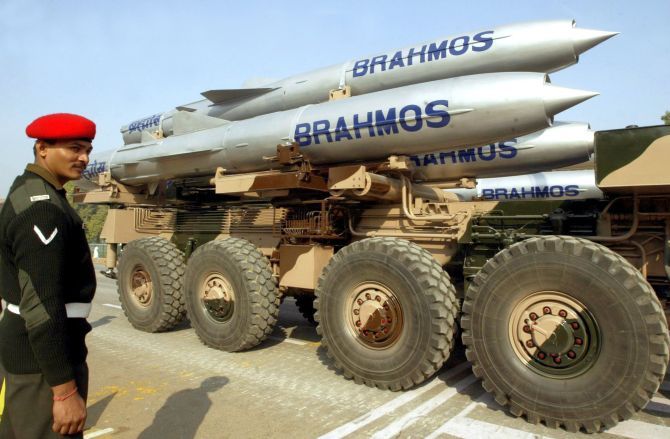 India on Friday successfully test fired the BrahMos supersonic cruise missile with an indigenous 'seeker' at Rajasthan's Pokhran test range, enhancing the country's capability to hit enemy targets at a range of up to 400 km.

It was for the first time that the missile, capable of travelling at speeds of up to Mach 3.0, or three times the speed of sound, was tested with indigenously developed 'seeker' technology.

The seeker -- developed by the Defence Research and Development Organisation of India -- determines the accuracy of a missile by guiding it to the target, officials said.

The range of the missile, an Indo-Russia joint venture, can be extended to up to 400 km as certain technical restrictions were lifted after India became a full member of the Missile Technology Control Regime last year.

BrahMos is a joint venture between the Defence Research and Development Organisation of India and the NPO Mashinostroyenia of Russia.

The name BrahMos is formed from the names of two rivers: the Brahmaputra of India and the Moskva of Russia.

The defence minister congratulated the DRDO for the successful test of the missile, saying it will further enhance India's national security.

In a statement, the Defence Ministry said the flight test was conducted by the scientists of DRDO and BrahMos along with the Indian Army.

BrahMos missile is the heaviest weapon to be deployed on India's Su-30 fighter aircraft.

Work has already begun to integrate the BrahMos supersonic cruise missile on 40 Sukhoi combat aircraft which is expected to fulfil the critical needs of the Indian Air Force in the wake of evolving security dynamics in the region.

The army and the navy have already inducted the missile. 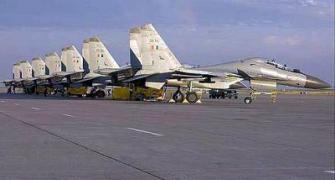 Soon, 40 Sukhoi fighter jets will be armed with Brahmos 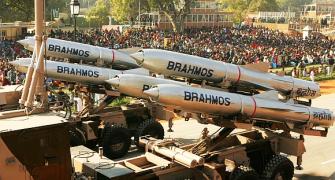 India can destroy enemy targets from 100s of km away 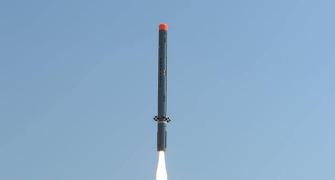 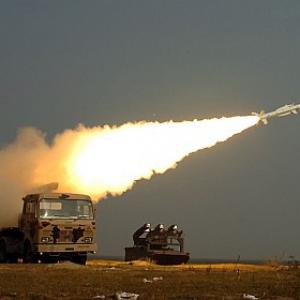 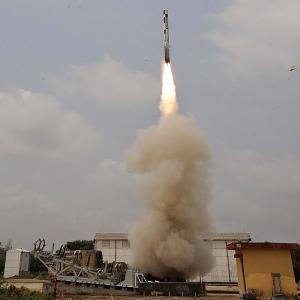 Coming up: An enhanced BrahMos with 450 km range