News
Business
Movies
Sports
Cricket
Get Ahead
Money Tips
Shopping
Sign in  |  Create a Rediffmail account
Rediff.com  » News » India strikes back with Uighur card. What will China do next?

India strikes back with Uighur card. What will China do next?

No Indian government has taken on China like this ever before and it shows that the three top Indian officials -- Sushma Swaraj, Manohar Parrikar and Ajit Doval – ran into China's Great Wall on the twin questions of Pakistan and terror when they interacted with their Chinese interlocutors In past few days, says Rajeev Sharma. The gloves are off and it's an open diplomatic war!

This is the stern message that the Narendra Modi government has sent to China by playing the Uighur card after China repeatedly blocked India's initiative before the United Nations Sanctions Committee for seeking a ban on Pakistan-based terror mastermind Masood Azhar.

India has cocked a snook at China by inviting Uighur dissident leaders for holding a pro-democracy conference in Dharamshala, a sleepy township in Himachal Pradesh from where India-based Tibetans led by the Dalai Lama have been running a government-in-exile for decades.

The Indian move, which has twisted the knife into the Chinese soft underbelly in the aftermath of the Masood Azhar controversy, has come as a shocker to the Chinese. The Modi government has issued visas to Uighur dissidents and what has riled the Chinese most is that the Germany-based prominent Uighur dissident Dolkun Isa, whom the Chinese have dubbed as a “terrorist”,  is among the Uighur dissidents who have been given an Indian visa for attending the pro-democracy event in Dharamshala next week.

Expectedly, The Chinese have fretted and fumed over the development. 'Dolkun Isa is a terrorist on Interpol's red corner notice and the Chinese police. Bringing him to justice is the due obligation of relevant countries,' China’s foreign ministry has been quoted as saying in response to the Indian visas to the World Uighur Congress leaders, including Isa.

With this move, the Modi government has hit hard at the Chinese soft underbelly. Xinjiang, which is home to over 10 million Uighurs, borders Tibet, both restive regions of China. The vast Xinjiang region had witnessed large-scale violence in the capital Urumqui in 2009 which had left over 200 dead. The Uighurs, who are Muslims, have been under the Chinese scanner since then.

Incidentally, Aksai Chin, which China had snatched from India during the 1962 war, is in Xinjiang region.

It's a bold decision by the Modi government. No Indian government has taken on China like this ever before.

The UPA government under the stewardship of Manmohan Singh for one decade between 2004 and 2014 never dared to poke China in the eye as the Modi government has done now.

It shows that the just-concluded China visit by National Security Advisor Ajit Doval didn't bring forth any concrete deliverables when he raised the Masood Azhar issue with his Chinese interlocutors. It also shows that Defence Minister Manohar Parrikar’s maiden visit to China and External Affairs Minister Sushma Swaraj, who met her Chinese  counterpart in Moscow, also yielded precious little.

It shows that the three top Indian officials – Swaraj, Parrikar and Doval – ran into China's Great Wall on the twin questions of Pakistan and terror when they interacted with their Chinese interlocutors In past few days.

More importantly, it shows that China has already made up its mind and decided to back its all-weather friend Pakistan to the hilt at India's expense.

Faced with this kind of scenario, the Modi government was left with two choices -- either to ignore Chinese bullish diplomacy and live with it as the previous Indian governments have been doing, or seize the bull by its horns and pay China back in the same coin.

The Modi government has made a bold foreign policy departure in India’s China diplomacy by playing the Uighur card.

Simultaneously, the Modi government has decided to file applications after applications before the UN Sanctions Committee on the Masood Azhar issue in the coming days in an attempt to test Chinese patience and to see to what extent the Chinese will go to bail out Pakistan at the UN and for how long.

By taking China head on, the Modi government has confronted the dragon with a hard policy decision and a stand which the Chinese are not used to seeing from Indians.

Such a tough diplomatic stance by India vis a vis China is something unprecedented. It will be interesting to see how China reacts: whether Beijing will blink finally or whether it will take the diplomatic sparring to another level.

This is the kind of stuff that Hollywood thrillers are made of. It's not easy to forecast how things will eventually pan out between India and China simply because the latter had never been poked in the eye by India like this ever before! 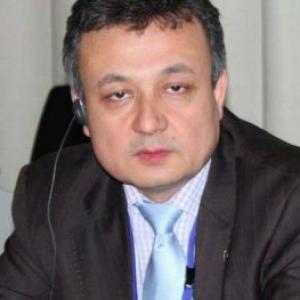