News
Business
Movies
Sports
Cricket
Get Ahead
Money Tips
Shopping
Sign in  |  Create a Rediffmail account
Rediff.com  » News » India rides on hope to get Headley extradited from US

India rides on hope to get Headley extradited from US

India has made yet another request seeking the extradition of American Lashkar-e-Tayiba operative David Headley.

Officials in India though are not very hopeful of a positive response from Washington on Headley who is expected to be sentenced on January 17, 2013.

While the Union home ministry issues statements time to time that it is hopeful about Headley's extradition, many within the establishment know for a fact that it is beyond impossible for this to happen thanks to the plea bargain secured by the Lashkar operative.

Officials believe that once Washington entered a plea bargain under no circumstance will it go back on its word and hand him over to India.

Even if the US were to agree to the same, Headley's legal team would fight it tooth and nail and would even have a very strong case before the courts there.

Headley's plea bargain not only prevents extradition, but also covers him from being sentenced to death.

India and the US have an extradition treaty since 1977. While India has a legal right to seek an extradition, the plea bargain would still come in the way.

Officials point out that a lot would depend on Headley's sentencing.

If Headley is sentenced for life then it becomes impossible to seek his extradition.

The only possibility would be to make a request to question him further in the US itself.

However, if his sentence is a reduced one, India would need to wait for him to complete his term and then seek fresh extradition.

The bigger chance, officials say, would be to get PakistaniCanadian Tawwahur Rana down to India. Rana's sentencing is fixed for January 15, 2013.

Even though the US court has not found him guilty under the 26/11 attack, India maintains that it does have a case on hand against him.

If he is acquitted by the US court then India could make an appeal to seek his custody. However, half-baked information would not suffice.

If India puts out the same arguments as the US did against Rana, then the chances of an extradition is very low, considering that the court over there has not agreed with the evidence against him.

India will need to give fresh evidence and a very strong one to get Rana extradited to India.

Sources, however, point out that Indian agencies are going slow on the Rana case as the evidence against him is not all that impressive. 'More Modi appeals in Gujarat, less he appeals outside'
Centre relaxes 60-day rule on tourist visa
Hafiz Saeed: So near, yet so far for Indian agencies 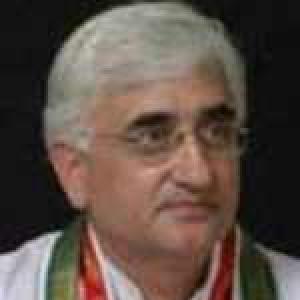