India and Pakistan are back on the dialogue table to sort out issues between the two nations, Pakistan Foreign Minister Hina Rabbani Khar has declared, saying that Islamabad cannot afford to be selective in improving ties with its neighbours.

"We cannot afford to be selective" in improving relations with immediate neighbours as betterment of ties with India, China, Afghanistan and Iran is needed for stability in the region, she said.

Khar said the way to achieve stability is to "find a friendship" and improve ties based on trust with each one of Pakistan's neighbours and not by being selective.

"We cannot afford to be selective about it, so be it India, be it China, be it Iran, be it Afghanistan, we do not have a choice," Khar said.

She was responding to a question on how Pakistan's "obsession" with India is drawing all its security resources away from the fight against militants.

Khar said India and Pakistan are back on the dialogue table, "trying to solve our problems on the negotiating table." 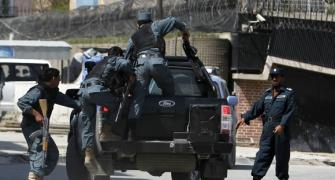 If India pulls out Siachen troops, so will we: Zardari