India may extend ban on flights from UK: Aviation Minister

India is likely to extend the suspension of passenger flights to and from the United Kingdom to check the spread of the new strain of coronavirus, Union aviation minister Hardeep Singh Puri said Tuesday. The ministry had last week suspended all flights between the two countries from December 23 to December 31 over the mutated variant of the virus which is more contagious.

"I foresee a slight extension of temporary suspension of India-UK flights," the minister told a press conference here on Tuesday.

"In a day or two, we will find out if any additional steps need to be taken, or when we can start easing the current temporary suspension," he said.

Earlier in the day, the Union Health Ministry said six people who returned to India from the United Kingdom have tested positive for the new strain of the virus.

The health ministry also said that samples of all international passengers who arrived in India from December 9-22 and tested positive for COVID-19 will be subjected to genome sequencing, which helps in understanding how the new virus variant spreads and evolves.

The presence of the new UK variant has already been reported by Denmark, the Netherlands, Australia, Italy, Sweden, and other countries.

Meanwhile, Airports Authority of India chairman Arvind Singh told the press conference the government is planning to hold the next round of privatisation of airports in the first half of 2021.

"As far as the next round of airports' privatisation is concerned, we are at the final stages of obtaining government approvals. Once the approvals are received, I think we will start the process of bidding in the first quarter of 2021," he said.

The AAI had in September recommended the Centre now privatise airports at Amritsar, Varanasi, Bhubaneswar, Indore, Raipur and Trichy.

In the first round of airports' privatisation under the Narendra Modi government, the Adani Group in February bagged contracts for six airports -- Lucknow, Ahmedabad, Jaipur, Mangaluru, Thiruvananthapuram, and Guwahati -- winning the bids by huge margins.

The AAI, which works under the ministry of civil aviation, owns and manages more than 100 airports across the country. 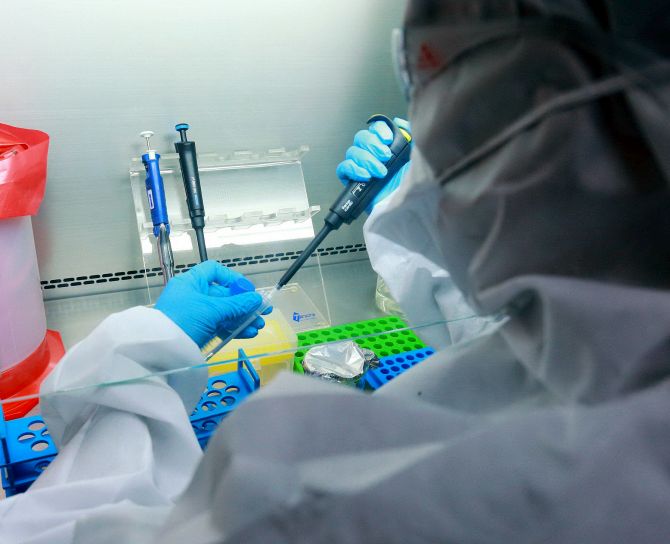