India may bring strong amendment on Lanka at UNHRC

India is likely to bring an amendment to the resolution sponsored by the United States – on the alleged human rights violations by the Sri Lankan authorities during the end of the civil war -- at the ongoing session of the United Nations Human Rights Council in Geneva, according to a source in the central government.

The high-level diplomatic source told rediff.com that the draft resolution that will be presented to the UN body is, in fact, quite strongly-worded and does convey a stern message to Sri Lanka.

A diplomat, who is clued in on the latest developments, said the resolution "is as strong as it can be at an international platform".

The US draft resolution asks for an international and independent investigation, access to the war-affected areas and entry of the United Nations Special Rapporteur.

The Dravida Munnetra Kazhagam, a major ally of the Congress-led United Progressive Alliance, had on Tuesday withdrawn support from the ruling coalition, demanding the introduction of such an amendment.

Meanwhile, the possibility of presenting a resolution against the alleged atrocities of the Sri Lankan government and army in Parliament – which was another major demand made by the DMK -- is still unclear.

While the Indian political establishment is divided on the issue, the government and the Congress Party are talking to various parties to reach a consensus.

Senior diplomats believe that the government’s future moves in Parliament and at Geneva will be judged on the basis of the words used in the draft resolution.

In spite of the DMK’s demand, the word 'genocide’ cannot be used in a draft that seeks an investigation into rights violations by the island nation, points out one of them.

India’s United Nations Representative at Geneva -- Ambassador Dilip Sinha -- has arrived in Delhi. He is currently holding a meeting with his boss, Foreign Secretary Ranjan Mathai, in South Block.

The Congress is treading carefully to cut its losses in Tamil Nadu. It is also trying to meet the political agenda of Dravidian parties, follow international diplomatic traditions in such matters and figure out what is achievable in Geneva.

China and Pakistan have already thrown their weight behind Sri Lanka on the issue.

The government will have to conduct itself as expected of a powerful regional player, and also ensure that the DMK does not monopolise the cause of the Lankan Tamils even while maintaining the stability of the Union government. 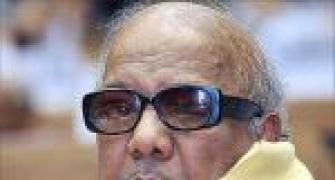 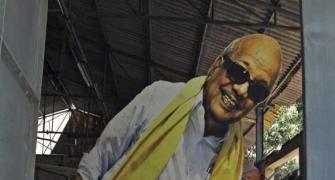 What US draft resolution seeks from Lanka government 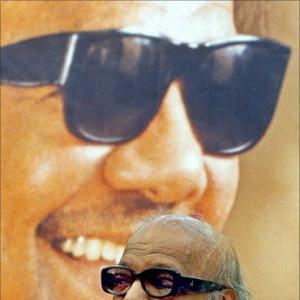