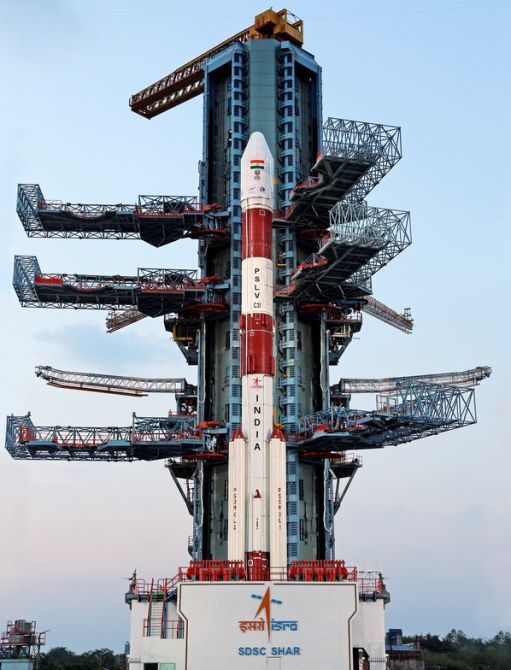 India on Wednesday successfully launched its fifth navigation satellite IRNSS-1E on-board the workhorse PSLV-C31, taking another step to be on par with US based Global Positioning System.

In a precise textbook launch, the Polar Satellite Launch Vehicle C 31 blasted off from the Satish Dhawan Space Centre, about 110 km from Chennai at 9.31 am and released the satellite into the orbit 19 minutes and 20 seconds later.

As the rocket soared into the clear blue sky at the end of the 48 hour countdown, all the four stages of PSLV executed their functions as programmed, to the joy of ISRO scientists at the mission control centre.

After the satellite’s injection into geo synchronous transfer orbit, the two solar panels of IRNSS-1E will be automatically deployed in quick succession.

The Master Control Facility in Hassan (Karnataka) would then take control of the satellite to perform orbit raising operations.

IRNSS-1E is the fifth navigation satellite in the IRNSS space system, comprising seven satellites, which would be on par with US-based GPS once the full complement of spacecraft is launched.

While four satellites would be sufficient to start operations of the IRNSS system, the remaining three would make it more “accurate and efficient”.

Prime Minister Narendra Modi congratulated the dynamism of scientists on the successful launch .

“Congratulating the dynamism & determination of @isro & our scientists on successful launch of PSLV C31 & putting IRNSS 1E in orbit precisely,” he tweeted.

Congratulating the ISRO team for the success, a beaming ISRO Chairman A S Kiran Kumar said, “Today with this New Year we are starting the Indian Regional Navigation Satellite fifth launch, fifth of the seven satellite constellation. With this satellite in place, within our country we will be able to get 24/7 provisional good positional accuracy”.

“Let me congratulate the entire ISRO team for the work they have done and we are having a long way to go. We have got two more satellites to be launched in this constellation, which would happen in the next couple of months”, Kiran Kumar said from the Mission Control Centre.

On the future launches, he said, “We have a long way to go. This year we are planning to launch the earth observation satellites.”

“We intend to complete this year the launch of our GSLV-Mark III which is going to carry heavier satellites into geo-stationery transfer orbits. And, we have a long way to go. And I  would like to remind all my colleagues, while we have started the New Year with success, we need to dedicate ourselves for completing the task on hand”, he said.

Mission Director B Jayakumar said, “ISRO starts the New Year with a grand success. IRNSS-1E has been injected very precisely into the intended orbit. We have employed the most powerful vehicle for this launch with that able to carry the satellites. We have three variants in PSLV and with this launch we have completed 33 launches in PSLV.”

“With this, the uniqueness is 11,11,11. The core alone version 11xL variant is 11 and generic variant is 11. It is first Mission for ISRO in New Year”, Jayakumar said.

IRNSS-1E has configuration similar to its predecessors IRNSS-1A, 1B, 1C and 1D and carries two types of payloads -- navigation and ranging payloads.

The navigation payload will transmit navigation service signals to the users and operating in L5-band and S-band, while the other comprises a C-band transponder that facilitates accurate determination of the satellite range.

IRNSS-1E has a lift-off mass of 1,425 kg and carries Corner Cube Retro Reflectors for laser ranging and a highly accurate rubidium atomic clock (also part of the navigation payload of the satellite).

ISRO scientists plan to put all the seven navigation satellites in to the orbit by March 2016.

The mission life of IRNSS-1E is 12 years. 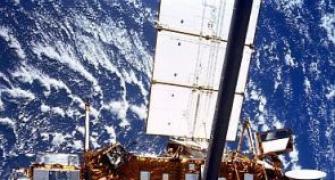 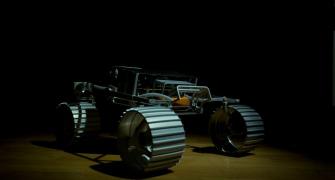 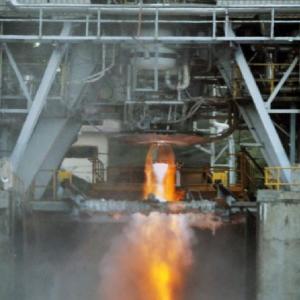 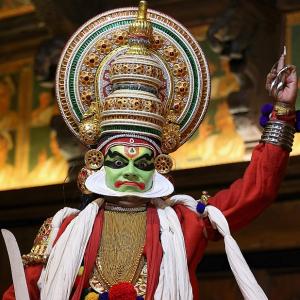