India helped Ukraine, understand its ties with Russia: US

India's relationship with Russia was developed over decades at a time when the United States was not able to be a partner of the South Asian country, Secretary of State Antony Blinken said as top officials of the Biden administration on Monday showed an understanding of New Delhi's position on Ukraine war. IMAGE: US Secretary of State Antony Blinken holds a joint news conference during the fourth India-US 2+2 Ministerial Dialogue at the State Department in Washington, DC on April 11, 2022. Photograph: Michael A McCoy/Pool/Reuters

"India's relationship with Russia was developed over decades at a time when the United States was not able to be a partner to India. Times have changed," Blinken told reporters at a joint press conference with Defence Secretary Lloyd Austin and their Indian counterparts External Affairs Minister S Jaishankar and Defence Minister Rajnath Singh.

"Today, we are able and willing to be a partner of choice with India across virtually every realm: commerce, technology, education and security. And that was very much the nature of the conversation that we had today. When it comes to oil purchases, sanctions, et cetera, I'd just note that there are carve-outs for energy purchases," he said in response to a question.

The top US diplomat, however, cautioned the allies and partners against the increase in buying Russian energy.

"Of course, we're encouraging countries not to purchase additional energy supplies from Russia. Every country is differently situated, has different needs, requirements, but we're looking to allies and partners not to increase their purchases of Russian energy," he said.

During the virtual summit between Prime Minister Narendra Modi and President Joe Biden, the two leaders talked about ways of mitigating the profound impact that this is having on global food supplies and prices, commodity markets, and working together to achieve that.

"I would note India has made very strong statements in New York at the United Nations, the minister before the Indian Parliament, condemning the killing of civilians in Ukraine, calling for an independent investigation of these atrocities. And I would also note that India is providing significant humanitarian assistance to the people of Ukraine, notably medicines, which are very necessary and in real demand," he said.

Blinken said India has to make its own decisions about how it approaches this challenge.

"We, as a general proposition, are consulting with all of our allies and partners on the consequences of Putin's war, the atrocities being committed against the people of Ukraine. In our judgment, it is important that all countries, especially those with leverage, press Putin to end the war," he said.

Austin told reporters that Biden 'truly values strong alliances and partnerships, like the one that they have with India'.

"And that's really what today is all about. It's about taking a strong relationship and making it even stronger, and working on those things that create interoperability and allow us to work together to promote the things that all of us have talked about. The issue of values is central to this relationship," he said.

In response to another question, Blinken said that there is, of course, a long history and a long relationship between India and Russia, including when it comes to military equipment.

"That relationship took hold many years ago at a time when, as I said, we were not able to be a partner of India. We are now both able and willing to be such a partner, to be a security partner of choice for India. That's one of the areas that we discussed in some detail today," he said. 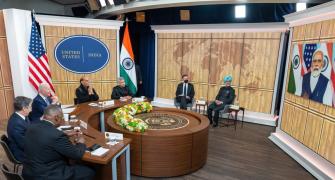 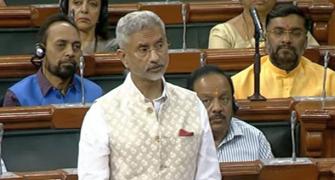 India has chosen side of peace: Govt on Ukraine No decision to sanction India for S-400 deal: US 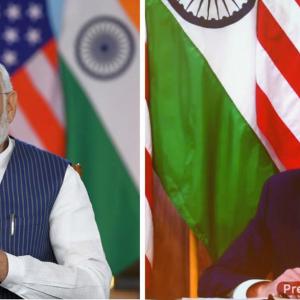 Biden didn't ask Modi to do anything on Russia: WH