The Ashok Gehlot Cabinet on Wednesday sent another proposal to the governor for summoning the Rajasthan assembly, saying a session should be called on August 14. Government sources argued that this meets the 21-day notice requirement on which governor Kalraj Mishra was insisting.

It was not immediately clear if this will end the impasse between the Congress government and the governor, who has already returned proposals for calling a session three times since last week.

The Cabinet is counting the 21 days from July 23, when its first proposal was sent. But the latest proposal falls short if the notice period is counted from Wednesday.

While rejecting the government proposal earlier, Mishra had said a session can be called at short notice if the agenda is to seek a vote of confidence. Otherwise, 21 days' notice is needed, he said.

The state government was earlier insisting that the session should begin on July 31.

“Neither the governor nor the government wants confrontation. The Cabinet has passed a revised proposal for forwarding to the governor,” transport minister Pratap Singh Khachariyawas told reporters after the evening meeting.

“We hope that the governor will accept the recommendation this time and the deadlock will end,” he said.

The minister, however, did not elaborate on the contents of the revised, fourth proposal.

Earlier in the day, Mishra returned the government's third proposal, saying the Cabinet had refused to state the reason why it wanted a session at short notice.

The governor said if the government was not stating the reason for holding a short-notice session, it could call a regular session at 21 day's notice.

He asked the Gehlot cabinet to resubmit its proposal, giving a 'solid reason' for calling a session at short notice.

As the impasse over calling a session deepened, chief minister Ashok Gehlot held a 15-minute meeting with Mishra at the Raj Bhavan.

"The love letter has already come. Now, I am only going to have tea with him,” Gehlot told party workers at the state Congress office before heading for the Raj Bhavan.

On Tuesday, the state Cabinet had resent its proposal to the governor the third time, sticking to the July 31 date for holding a session and refusing to mention that it planned to hold a trust vote.

In its reaction, the Raj Bhavan said Wednesday that the government had not given clear replies to his previous queries.

It reminded that the Governor had asked the state government to redraft its proposal taking into account three points: a 21-day notice, live broadcast of the proceedings if there is a trust vote, and social distancing during the session.

In addition, he had said a short-notice session was possible if a trust vote was on the agenda.

Although the Congress has said it wants to prove its majority in the House, it has been reluctant to state this in the proposal.

The governor had also referred to the coronavirus pandemic then, asking the government to make it clear why it wanted the session summoned at short notice under such adverse circumstances.

He questioned why the lives of over 1,200 people be put in danger without any special reason.

After Wednesday's cabinet meeting, a minister said it was for the speaker to ensure these arrangements.

The Raj Bhavan statement before the cabinet meeting in the evening had also referred to the MLAs who are holed up in hotels, saying it is the constitutional duty of the Governor to ensure their free movement and presence in the House.

In the three-page press statement, the Governor said the first proposal for an assembly session was received on July 23 but it did not have the Cabinet's approval and no date was mentioned.

At the PCC meeting, Gehlot told Congress workers that there was nothing to worry about as the party's top leadership was with them.

Govind Singh Dotasra formally took over as the new chief of the state unit at the meeting.

Ashok Gehlot is caught in a power tussle with his now sacked deputy, Sachin Pilot, who has the support of 18 dissident Congress MLAs.

Altogether, the Congress has 107 MLAs in the 200-member assembly and the BJP 72. 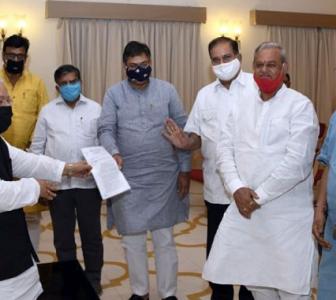 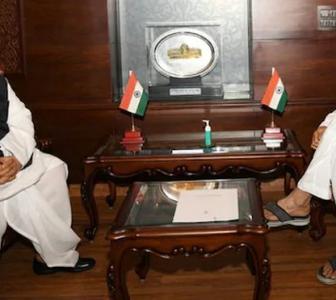 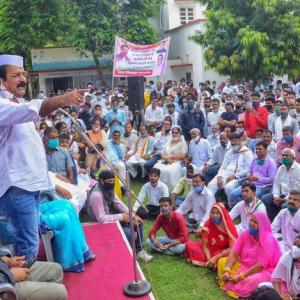