The prime minister also said said it was unfortunate that the UN was still unable to define terrorism and act on a resolution which prescribes action against the countries which support or give shelter to terrorism. 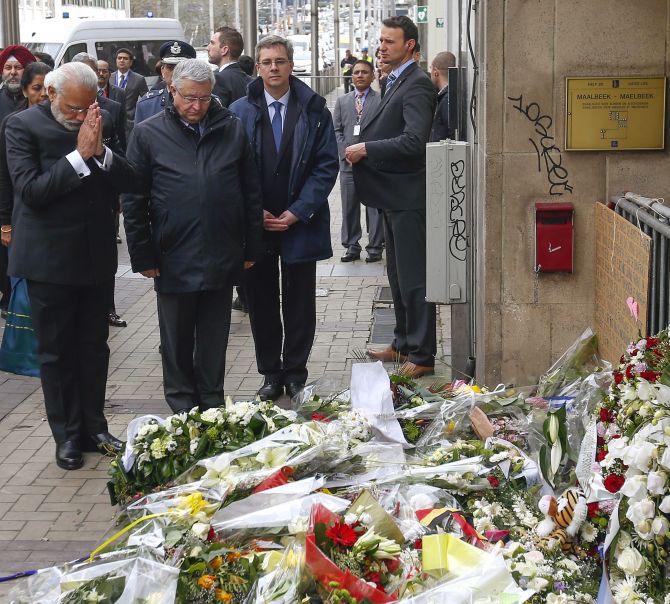 In the backdrop of terror attacks in Brussels last week, Prime Minister Narendra Modi on Wednesday night highlighted the dangers posed by terrorism to the world and said the United Nations should address such major challenges failing which the global body could be rendered irrelevant.

Addressing the Indian diaspora, he said it was unfortunate that the UN was still unable to define terrorism and act on a resolution which prescribes action against the countries which support or give shelter to terrorism.

Underlining that terrorism needs to be delinked from religion, Modi said the menace posed challenge to humanity and those believing in humanity should collectively fight it.

He said that terrorism cannot be defeated only by guns, but an environment needs to be created in the society to ensure that the youth are not radicalised.

He said that while world was feeling the impact of terrorism only now, India has been facing this menace for over last 40 years. 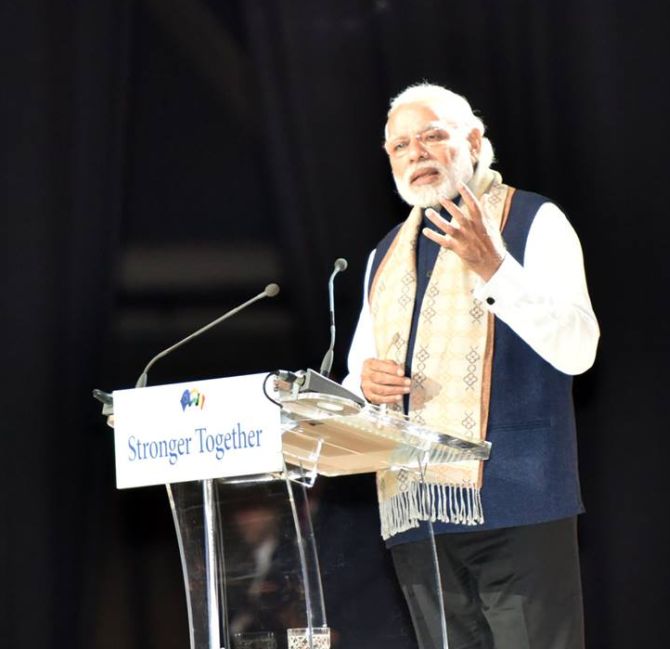 “The world was jolted by 9/11. Till then the world powers did not understand what India was going through. But India never bowed to terrorism and there is no question of bowing before it,” the Prime Minister said.

Referring to the UN, Modi said it has all means and mechanism to deal with war. But unfortunately the UN does not know what the definition of terrorism is and how to address it.

“The UN could not perform its duty in this regard...if the UN does not address this problem, it will not be too far before the world body loses its relevance,” he said.

The leaders of the world will have to take the lead to curb terrorism failing which the world can see more destruction, Modi said.

During his one hour address, the PM also highlighted the achievements of his government with regard to ending corruption, bringing transparency in the functioning of government while citing various programmes. Before he commenced his speech, a minute’s silence was observed in memory of the victims of the Brussels bombings. 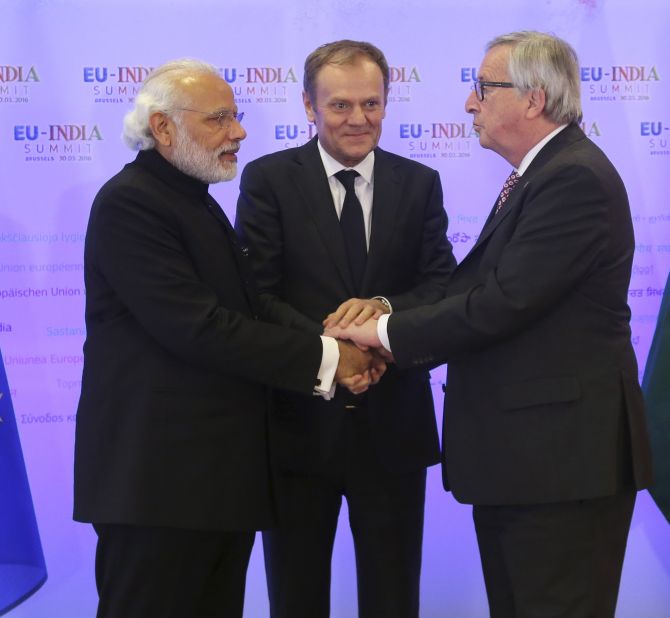 Describing the recent attacks as a terrible act, he said “I express my heartfelt condolences to the families of the victims. It is after long that people here had face such dastardly act.”

“During the last few years, 90 countries have faced terror attacks, with hundreds falling victims. In my talks here, the main topic was terrorism. They have told me you have been suffering for the last 40 years,” he said.

Referring to the progress made by the country in the last two years, Modi said India was today the fastest growing nation. 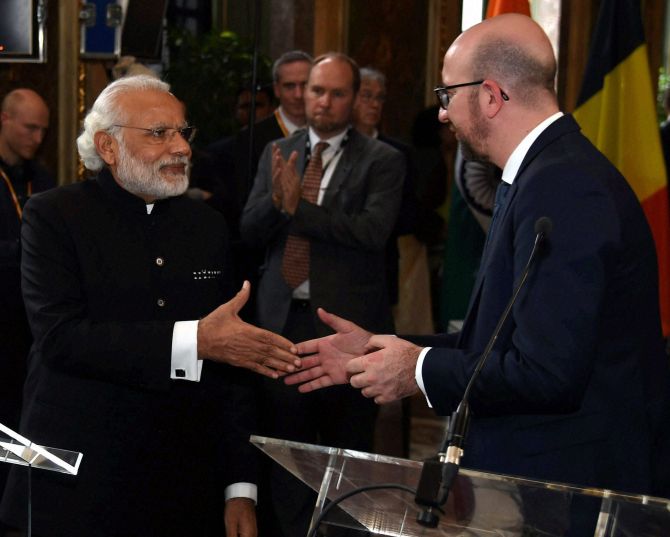 “This has not happened because of Naseeb or Modi, but because of people. During the last two consecutive years, there have been droughts in different parts of India, but the country still has made progress at fast rate. If our intentions are good, nobody can stop India from progressing,” he said.

The PM also announced relief from higher rates of TDS for NRIs who did not have Permanent Account Number.

“NRIs who did not have PAN earlier had to face higher rates of TDS. They will get relief (mukti)... We will also increase the free baggage limit for NRIs. For FDI investment, NRIs will get same incentives as other investors,” he said. 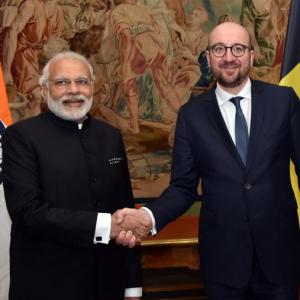 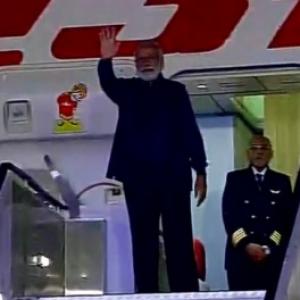