Terming Prime Minister Imran Khan as a "military puppet," prominent Pakistani dissidents, including former and current members of parliament, have blamed the powerful army for the country's fragility, insecurity and inability to get along with its neighbours. 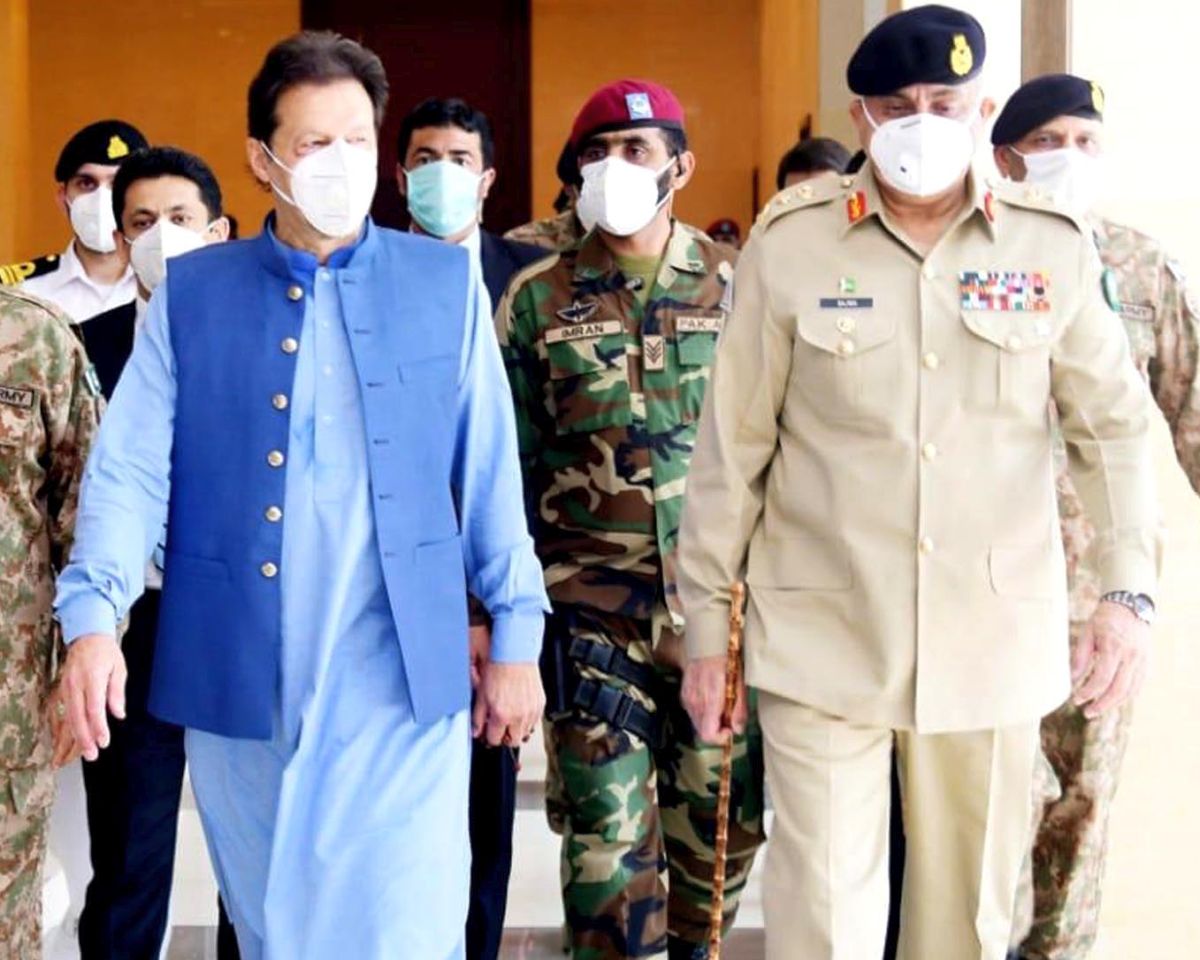 Previous annual conferences of SAATH have been held in London and Washington but this year participants met virtually, according to a statement.

The participants termed Prime Minister Khan as a "military puppet", it said.

Members of the group include politicians, journalists, bloggers, social media activists, and members of civil society, many of whom have been forced to live in exile in various countries.

Pakistan's security services have tried to disrupt SAATH meetings in the past and banned its members living in Pakistan from travelling abroad, but this year, the virtual format enabled several prominent dissidents still in the country to participate, the statement said.

"This is the most dangerous martial law in Pakistan because it has vulgarised and distorted constitutional institutions," Khattak said in his virtual address to the conference from Pakistan.

"The current military regime is delegitimising political institutions, going to the extent that intelligence agencies direct members of parliament when to attend sessions and when not to turn up to vote," he said.

'Pakistan's international standing is being lost due to its policies of encouraging extremism and suppressing freedom, not due to the activism of those fighting for human rights," he said.

Several speakers -- including Rubina Greenwood of the World Sindhi Congress, Tahira Jabeen from Gilgit-Baltistan, Shahzad Irfan of the Seraiki Movement, and Rasool Mohammed of Pashtun Council of America --emphasised that various minorities in Pakistan were being oppressed and denied their rights.

Irfan said that military intervention in politics reinforced Punjab's dominance and was a key factor in oppression of national and religious minorities.

Greenwood said that the only way for Pakistan to win over the Sindhi and Baloch people would be to recognise that Pakistan is a multi-national state. She said that "Sindh is a historical entity that cannot be divided, or its identity denied".

Jabeen called for ending "73 years of political, constitutional, social, economic, geographical and cultural isolation of Gilgit Baltistan" and pitched for an "autonomous set up."

"The higher ranks of the Pakistan Army must realise that a truly elected government must be in place to bring Pakistan from the brink where the current regime has brought it," said former ambassador, Kamran Shafi, who is also a retired military officer.

"All that the COAS, General Bajwa, and ISI have to do is to step back from politicking, and let politics be," Shafi said, adding that it was "the only way out of the morass our poor country finds itself in."

He said that even in the colonial era, the British Indian army was subject to civilian supremacy.

According to Taqi army rule had taken Pakistan from one disaster to another.

"The narrative of patriotism has been framed around the army and competing worldviews about Pakistan and those who do not fit the army's parameters are ostracised as rebellious, treasonous, and even blasphemous," he said.