The Indian Medical Association will consider taking back police complaints lodged against yoga guru Ramdev and also a defamation notice sent to him if he withdrew his remarks against COVID-19 vaccines and modern medicine, IMA national chief Dr J A Jayalal said on Friday. 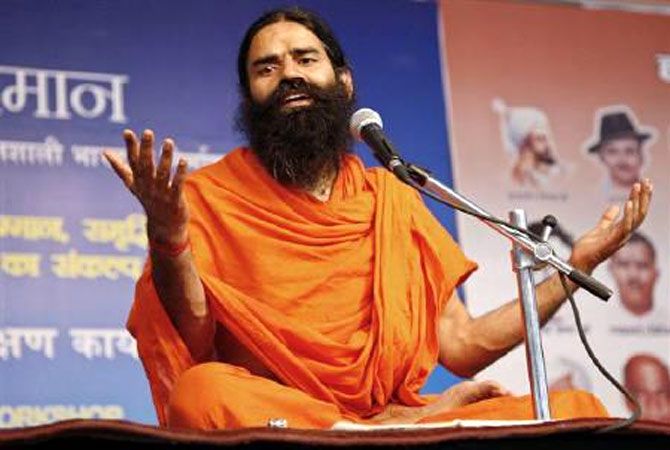 By targeting modern system of medicine vis-vis the pandemic and treatment for it, Ramdev was actually questioning the government, he said.

"We have nothing against yoga guru Baba Ramdev. His statements are against vaccination for COVID-19. We think his statements could confuse people, may divert them. This is our big concern as he has many followers," Dr Jayalal said.

On Ramdev already withdrawing his comment vis-a-vis modern medicine and COVID-19, he said it has to be done in its entirety.

If the yoga guru came forward to withdraw such remarks in its entirety, the IMA will consider taking back complaints against him in police stations and also a defamation notice sent to him, Dr Jayalal told PTI.

Days ago, the IMA had served a defamation notice on Ramdev for alleged disparaging remarks against modern medicine and its practitioners.

The notice demanded an apology from him within 15 days, failing which it said would take appropriate action for Rs 1,000 crore compensation.

Complaints have been filed against Ramdev in Delhi besides other places, the IMA chief said, adding the association has also requested Prime Minister Narendra Modi to take action against Ramdev.

On Sunday, Ramdev was forced to withdraw a statement questioning some of the drugs used to treat coronavirus and alleged 'lakhs have died from taking allopathic medicines for COVID-19'.

Following the row, Ramdev had said that even their father cannot arrest him.

Later, the yoga guru posed 25 questions to the IMA asking if modern medicine offered permanent relief for ailments such as hypertension.

The IMA chief, who is Professor and Head, Department of Surgery, Government Kanyakumari Medical College Hospital in Tamil Nadu, said, 'the yoga guru should advise his followers to get vaccinated and support the government in its fight against the pandemic'.

Ramdev's remarks, be it against the vaccination or modern medicine for COVID-19, in reality, questioned the government's wisdom, he said answering a question.

"This is because we only follow the protocol framed by the government for COVID-19. Hence, if somebody questions it, they actually question the government."

Dr Jayalal recalled that recently in Tamil Nadu, actor Mansoor Ali Khan was arrested after he raised doubts over the vaccine following the death of popular Tamil comedian Vivek, after he got the jab.

And now, action is being taken by the IMA against Ramdev and it would be good if the government too acted against such people to strengthen the fight against COVID-19, he said.

To a question, he said, "The Tamil Nadu government has recommended Kaba Sura Kudineer (Indian medicine) for boosting immunity. Have we ever questioned it? The point here is, after weighing all factors, the government recommends vaccination and drugs. It has to be followed."

But if someone with a good number of followers is allowed to go on targeting modern medicine and hit out at hardworking doctors and paramedics, it is not acceptable, he said.

"The most important thing here is we are fighting against a deadly pandemic. If prominent individuals are allowed to claim whatever they wish, it will divert people, confuse them and go against the efforts of both the government and medical fraternity to tackle the pandemic."

On some practitioners of modern medicine prescribing Indian systems of medicine for specific conditions, he said it must not be done.

"A drug can be prescribed by a practitioner only if he or she is qualified and trained in that particular system of medicine. Mixing up is not allowed."

Asked about an allegation that he tried to convert people to Christianity, the surgeon dismissed it as false and motivated.

"How does the question of religion even come here? This is purely a diversionary tactic by vested interests and nothing more. All my life I have served people without differentiating them on any basis and I would continue to serve them. I have done the most surgeries for HIV infected people," he said.

Ramdev's close aide Acharya Balkrishna took to Twitter, saying the yoga guru and Ayurveda were being 'targeted' by allopathic practitioners under the IMA as part of a conspiracy.

'As part of the conspiracy to convert the entire country into #Christianity, #Yoga and #Ayurveda are being maligned by targeting @yogrishiramdev jee. Countrymen, wake up now from the deep slumber otherwise the generations to come will not forgive you,' Balkrishna claimed.

Will give 'befitting reply' to IMA notice: Patanjali 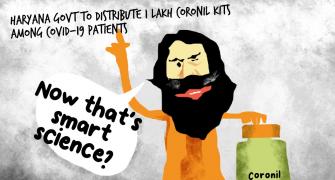 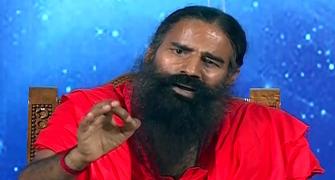 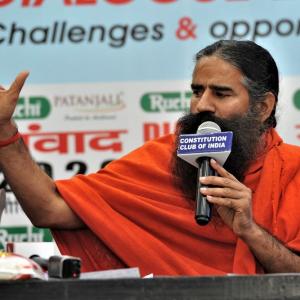 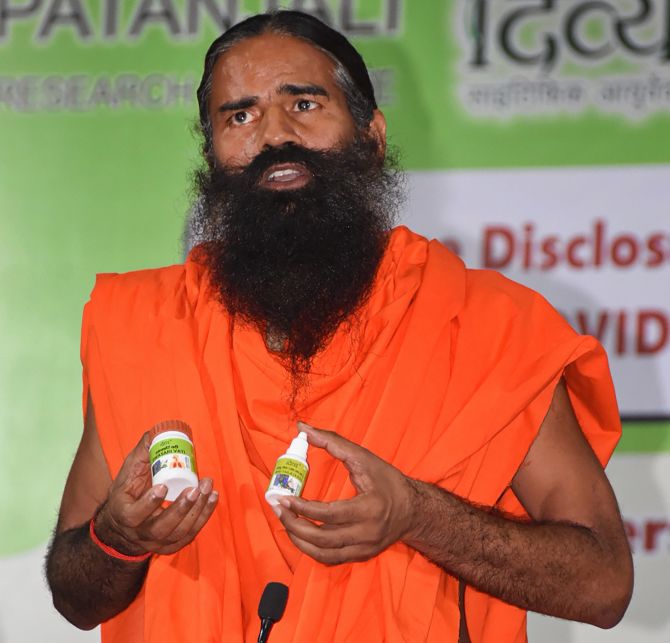