I am trying to revisit AFSPA: Chidambaram

A fresh attempt is being made to build consensus within the Government to amend the controversial Armed Forces Special (Powers) Act, Home Minister P Chidambaram indicated on Thursday.

"I am trying to revisit AFSPA but as you know one needs to build a consensus within the government before amendments can be brought before Parliament," Chidambaram said while replying to questions after presenting the monthly report for his Ministry.

"We are trying. You know we have tried in the past," he said during the press interaction on being asked whether AFSPA could be repealed in Manipur and Jammu and Kashmir.

He said in J&K there was a consensus within the Central Government that if the state withdraws the Disturbed Areas Act, AFSPA will automatically go.

"You know that in Kashmir, we have asked the state government to review the application of Disturbed Areas Act and if that act is reviewed, then automatically if the DA does not apply to areas in Kashmir, the AFSPA is not applied to that area in Kashmir.

"So we took that route in Kashmir. In Manipur, the demand is that AFSPA should be repealed. There is a Jeevan Reddy committee report. We have discussed this a couple of times," he said.

"As I said, there is no consensus yet and I am trying to build consensus..I have not succeeded so far. There is a statement of the Prime Minister (Manmohan Singh) that we will replace the AFSPA with a more humane act. So we are trying," he said.

The army has conveyed its apprehensions to the Defence Ministry that replacement of AFSPA or any dilution could hamper its operational capabilities to effectively deal with militancy and insurgency.

"On the first route (in JK) there is a consensus at the Centre. Now at the operational level, the JK govt would have to, in the Unified Command, agree to review the application of Disturbed Areas Act," he said.

"If they are able to lift the DAA from, say five places, then AFSPA would not apply to those five places. So that is something which they have to do and I am in touch with the Chief Minister (Omar Abdullah)," Chidambaram said, adding Omar has to "weigh the pros and cons and then decide when to do it, where to do it. That is for them."

The Committee has met twice so far and is expected to meet again next month.

The AFSPA gives the Army the powers to detain and, if the situation warrants, eliminate suspected terrorists when they are fighting insurgents without the fear of prosecution.

The Act is only in force in some areas in Kashmir and insurgency-affected states in the north east. The Second Administrative Reforms Committee had suggested to the government replacing of the Act with an amended law which gives the Centre the right to deploy the Army or para-military forces in situations involving national security.

Source: PTI© Copyright 2022 PTI. All rights reserved. Republication or redistribution of PTI content, including by framing or similar means, is expressly prohibited without the prior written consent.
Related News: AFSPA, Chidambaram, Second Administrative Reforms Committee, DAA, Kashmir
Print this article
Truth Commission to probe mass graves case: Omar
'AFSPA has nothing to do with Kashmir unrest'
Pak-based terror groups active in Kashmir: US 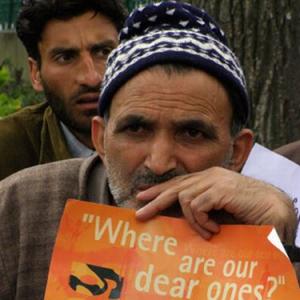