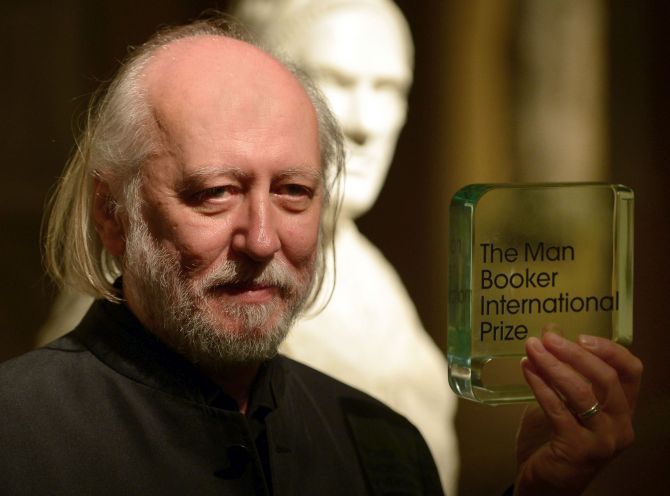 Hungarian author Laszlo Krasznahorkai has won Britain’s prestigious Man Booker International prize for his achievement in fiction as he edged out India’s Amitav Ghosh and eight others to bag the top literary award.

“I feel we’ve encountered here someone of that order,” she said while announcing the winner.

“That’s a trick that the best writers pull off; they give you the thrill of the strange... then after a while they imaginatively retune you. So now we say, ‘it’s just like being in a Kafka story’; I believe that soon we will say it’s like being in a Krasznahorkai story,” she said lauding his work.

Krasznahorkai, 61, in his acceptance speech at a ceremony in the Victoria and Albert Museum, credited Kafka, singer Jimi Hendrix and the city of Kyoto in Japan for inspiration.

The biennial Man Booker International prize is worth £60,000 (Rs 59 lakh) and is intended to honour a living author for his or her body of work, either written in English or available in English translation. The award can be won only once in an author’s lifetime.

It has gone in the past to accomplished authors like Arundhati Roy, Aravind Adiga, Ismail Kadare from Albania, Chinua Achebe from Nigeria and Canada’s Alice Munro among others.

Krasznahorkai was one of 10 writers shortlisted for this year’s award, alongside authors including Ghosh, Libya’s Ibrahim al-Koni, Mozambique’s Mia Couto and America’s Fanny Howe.

Kolkata-born, 58-year-old Ghosh had also missed out on the prize in 2008 when he was shortlisted for his work ‘Sea of Poppies’.

“We really would have preferred not to have to choose a winner -- every one of the 10 writers is really remarkable in different ways and there really isn’t any of them who doesn’t reward reading, who couldn’t have won the prize,” Warner said.

But Krasznahorkai, she said, is “a visionary writer of extraordinary intensity and vocal range who captures the texture of present-day existence in scenes that are terrifying, strange, appallingly comic, and often shatteringly beautiful”.

“Krasznahorkai has also been superbly served by his translators George Szirtes and Ottilie Mulzet, who will share the £15,000 (Rs 14.82 lakh) translators’ prize,” Warner said.

Krasznahorkai’s first novel Satantango was published to huge acclaim in Hungary in 1985 and was later adapted for a cinema by filmmaker Bela Tarr in collaboration with the author.

He followed it with 1989’s The Melancholy of Resistance, published in English in 1998, in which violent hysteria follows the arrival of a circus with a dead whale in a small Hungarian town. It won the German Bestenliste prize for the best literary work of the year.

H S Rao
Source: PTI© Copyright 2020 PTI. All rights reserved. Republication or redistribution of PTI content, including by framing or similar means, is expressly prohibited without the prior written consent.
SHARE THIS STORY
Print this article 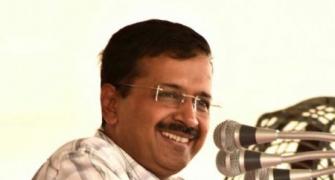 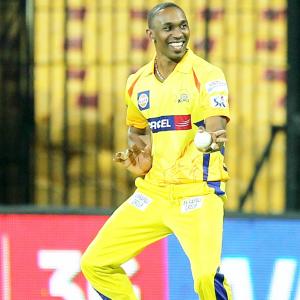