How terror groups operate under fake names in Kerala

In terms of terror activities, Kerala has been considered to be a ticking bomb. Although there have been no major incidents reported from Kerala, security agencies believe that it will continue to remain a fertile ground for terrorists and would always be a launch pad for subversive activities. Vicky Nanjappa reports

The dynamics relating to terrorism in Kerala has always been attributed to the local politics. Many feel that hardcore organisations which work under various names in the state enjoy political support, and hence most of their activities go under the carpet with no action being taken.

The Students Islamic Movement of India has been the strongest group in Kerala and is considered to be the financier for many other groups in the country. In fact, four years ago, two SIMI men were seen fighting in Kashmir alongside the Lashkar-e-Tayiba, according to sources.

Before getting into the activities of SIMI it must be made clear that this organisation had gone through a two-way split. There was a radical side to this outfit following the ban, which was largely responsible for the birth of the Indian Mujahideen.

While SIMI's activities were curbed a great deal in many states, Kerala continued to be a problem for security agencies to deal with.

A source in the National Investigating Agency told rediff.com that they have found that such groups are working under different names and this is making the job of cracking down on them even harder.

These groups have their strongholds in the areas of Kasargod, Mallapuram, Kozhikode and Kannur. There are the likes of Abdul Nasser Madani who continue to support such groups and often get away because of political support.

NIA sources say that many of these groups have a legitimate tag to it thanks to their political affiliations, and hence they get the required protection. In turn, groups such as the SIMI use this to their advantage and carry out their activities under the protection of these political banners.

In the above-mentioned four areas, Intelligence Bureau officials have found at least 30 such groups that operate under different names. On the face of it they all look like legitimate groups, but they continue to carry out activities which are not in the interest of the nation.

Right from hawala transactions to recruitments and providing foot soldiers to outfits from other groups and also logistics, these groups continue to remain active, sources say.

During a recent NIA meeting held in Kerala recently, this fact was noted. During the meeting they also discussed the manner in which to neutralise these groups. The threat of a Naxal invasion too was discussed.

However, the biggest worry today is the increase in the activities of Bangladesh-based groups in Kerala. They have the requisite base and apart from SIMI, there have been very strong traces of the Harkat-ul-Jihad al-Islami in Kerala.

T Nasir was one such example of HuJI presence and during his investigation it was revealed how he was in touch with Madani -- a political face -- and got away with his operation with such ease.

The fact that these are political outfits that help politicians a great deal during the elections is only adding to the misery of the security agencies. For these terrorist groups the biggest advantage is that the money flows in with much ease. The hawala remittance system in Kerala brings in big bucks.

Until a year ago, the remittance was around Rs 20,000 crore. While a large amount is considered to be legal, there is also a part which has been used for subversive activities. Moreover to top it, they park it with political organisations, and the money is used during elections.

The high-level meeting of the NIA in Kerala discussed all these issues on hand. An officer says that the going is tough and unless there is a change in the mindset politically, this problem cannot be solved. There are scores of issues to be dealt with and they would also need the support of the local police, not only from Kerala, but also the neighbouring states to solve this problem.

"The problem is connected to Tamil Nadu, Andhra Pradesh and Karnataka and these groups are only trying to get bigger by involving the neighbouring states," an officer points out.

Seeking a ban on outfits has only shown that these groups get more aggressive. The biggest problem is the political support on which these groups thrive, and if this is sorted out, then the problem can be controlled a great deal, the officer points out.

How India can reach out to Pak Hindus 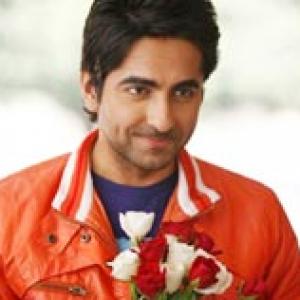