News
Business
Movies
Sports
Cricket
Get Ahead
Money Tips
Shopping
Sign in  |  Create a Rediffmail account
Rediff.com  » News » 'How does it matter if Rajesh Khanna is dead or alive?'

Press Council of India Chairman Markandey Katju on Friday slammed television news channels for 'excessive' coverage on film stars, cricket and astrology to boost viewership rather than focusing on real issues such as economy, poverty, unemployment and farmers' suicides.

Speaking at a seminar on 'Media and its responsibilities', organised by the All India Small & Medium Newspapers Federation in Bengaluru, he expressed disgust over news channels devoting lot of time on 'film stars who got pregnant, film stars who gave birth to a child', topics of such nature, cricket and astrology.

He referred to the 'hyper-media' coverage by sections of the channels when cricketer Rahul Dravid announced his retirement, and Rajesh Khanna passed away.

"How does it matter if Rajesh Khanna is dead or alive", Katju asked, as he expressed dismay that poverty, unemployment and farmers' suicides are not getting their share in newstime.

Katju also lamented that channels had a tendency to flash -- without verifying the authenticity of email or SMS  that some outfits -- Indian Mujahideen or Jaish-e-Mohammed or Harkat-ul-Mujahindeen -- claimed responsibility whenever bomb blasts took place in the country, while such messages could easily be sent by mischievous elements.

"What message (airing such unsubstantiated news) it sends out? It sends out a subtle message that all Muslims are terrorists and all Muslims throw bombs", he said.

"You want to sensationalise it; you want TRP high. You don't care if the nation is built or breaks up". He said the fact of the matter is 99 per cent of people in all religion are good people," Katju said.

Katju said he had discussed with Prime Minister Manmohan Singh on bringing news channels also under the Press Council of India ambit but wondered why they are 'furiously opposing' the idea when they will have a large representation in the council, which takes decisions by majority.

He said the country was currently passing through a transitionary phase -- from being a feudal-agricultural society to modern and industrial one. This phase, which is going to be turbulent, would last for another 10-20 years and media needs to play an important role, discharging its duties with restraint and in a responsible manner.

The media should promote scientific thinking and outlook, he said and expressed the view that parents and elders who teach casteism, fundamentalism and other 'backward' things should not be respected.

He termed the recent exodus of northeasteners from here following rumours of being targetted as a 'disgrace to all of us'. 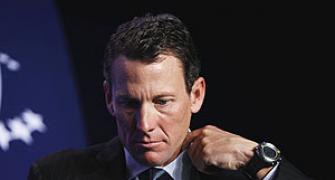 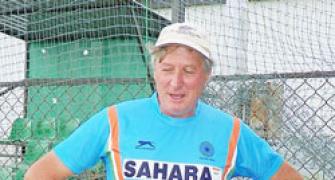 Govt not running away from Kanda issue: Hooda