By Rezaul H Laskar
Last updated on: September 22, 2010 15:13 IST
Top Pakistani officials are refusing to disclose how and on what the country's powerful spy agency Inter Services Intelligence spent a whopping Rs 5.55 billion allocated to it during 2007-08.

"This is highly sensitive information and hence I can't talk about it at an open forum," Finance Secretary Salman Siddiqui told the Public Accounts Committee of the National Assembly or the lower house of parliament.

He merely told the parliamentary watchdog that the money was released to the ISI for operations. But opted to keep quiet when asked for details, media reports said on Wednesday.

The huge sum was paid to the ISI as a supplementary grant. But the spy agency has so far not accounted for it. The meetings of most Pakistani parliamentary panels are open to the media.

According to information provided by the finance division to the PAC, the amount was paid to the ISI as a supplementary grant. Despite repeated questions and taunts by members of the PAC, Siddique refused to share details of the allocation.

Details provided to the media described the amount as "provision for relief during the financial year 2007-2008". The only thing Siddiqui was willing to concede was that the head was a 'cover-up'.

Senior Pakistan Muslim League Nawaz leader Khwaja Asif, a member of the PAC,
asked, "How long shall we keep on fooling ourselves?"

Pakistan People's Party leader Yasmin Rehman, who presided over the meeting, said, "How can we settle such a heavy amount without knowing any details?" If the information is not to be shared with the PAC, there is no need to bring the matter to the notice of the panel, she said.

Afzal Chan of the PPP said funding for intelligence agencies was beyond anyone's comprehension.

Replying to a question, the finance secretary said 'strategic dictates' had forced the government to make the payment. He said that the money was provided in lump sum.

The PAC also discussed the issue of pensions of retired army personnel, which have swelled from Rs 26 billion in 2001 to Rs 72 billion in 2010. In contrast, the Pakistan government's expenses on pensions for civilian employees were only Rs 18 billion.

The military pension bill was separated from the defence budget in 2001 on the orders of former military ruler Pervez Musharraf, to show a decline in military spending.

Khwaja Asif called the decision a joke and urged the government to immediately undo it because it was the legacy of a military dictator.

The PAC asked the finance secretary to review the decision and he said he would take up the matter with Prime Minister Yousuf Raza Gilani at a meeting on September 27.

Siddique also shocked the PAC when he said the government was paying Rs 400 billion annually in the name of subsidies, although the amount was used to cover losses of state-run entities like the Pakistan Electric Power Company. 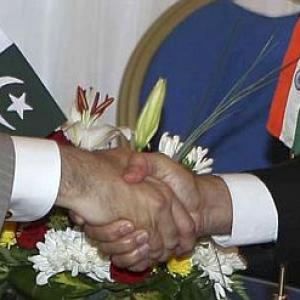 You don't mess with the ISI and expect friendship