A Hizbul Mujahideen terrorist returned to India via Nepal and surrendered before police in Anantnag district of south Kashmir on Wednesday after spending two decades in Pakistan Occupied Kashmir, police said.

Ghulam Nabi Ganie, 44, a resident of Pantha chowk area of Srinagar, surrendered before police in Anantnag, a police spokesman said.

He said the terrorist had exfiltrated to PoK through Line of Control in 1992 for arms training. After 20 years he returned using the Nepal route, the spokesman said.

On June 9, three terrorists, along with their 10 family members, returned from Pakistan-occupied Kashmir and surrendered before police in Kupwara district of north Kashmir.

More than 100 youths, who had gone to PoK for arms training during the last two decades, have returned home following the announcement of a rehabilitation policy for them by the Jammu and Kashmir government. 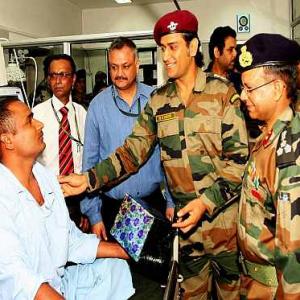 Why a breakthrough on Siachen is unlikely