They are destroying democracy: Highlights from Congress's 'save democracy' march

Congress on Friday launched a sharp attack on the Modi government at a mega rally in Delhi, accusing the Centre of “murdering the democracy” and turning a blind eye to the condition of the poor, especially farmers.

Here are the highlights of their speeches: 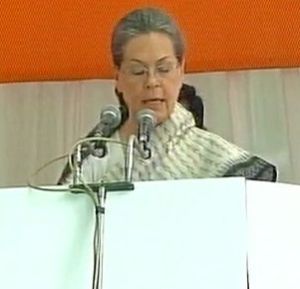 -- Life has taught me to fight on. We have faced many challenges

-- I want to say this to all these people, no matter how much you try to destroy the democracy, we will not let your dangerous plans succeed

-- I want to tell them that no matter what you accuse us of, we will not be afraid. If they think they can remove the Congress, then I’m afraid, they do not know what the Congress is made of

-- In 2 years, Modi government has started to destroy everything. Every step they take is destroying the democracy

-- Everybody is troubled under their rule. Farmers are forces to commit suicides. But the Modi government has closed their eyes 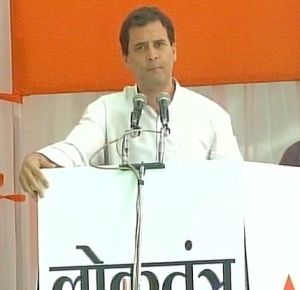 -- Modiji had spoken of Ache Din, today the country is reeling under drought,farmers are committing suicides, but Modiji has nothing to say

-- Modiji spoke about giving 2 crore jobs every year, we saw 'Make in India' on TV channels and big shows in Mumbai. But the reality is that only 1.3 lakh jobs were given in one year

-- In the country today, only two people have a say: Mohan Bhagwat and Narendra Modi. No one dares to speak against them

-- You all can see what PM Modi has been doing in Arunachal Pradesh and Uttarakhand. Elected leaders have been removed to make the governments fall

-- For the last 2 years, since the BJP has come to power, we see only one slogan - that of a 'Congress Mukt Bharat'

--Many have tried to remove the Congress but have failed. Congress is like the flowing Ganga river. You can do what you like, but will never be able to stop it

-- The Congress will always do whatever it takes, sacrifice all for the betterment of the nation