The Congress high command including Rahul Gandhi will decide the next prime ministerial candidate of the party, the All India Congress Committee said on Wednesday in the wake of suggestions from Dravida Munnetra Kazhagam that P Chidambaram was a potential PM nominee.

"There are several leaders in the party capable of becoming prime minister. But the decision will be taken by newly-elected MPs and the Congress high command," party spokesperson Rashid Alvi told reporters.

Asked whether Rahul Gandhi could be the PM candidate in 2014 general elections, he said, "Rahul Gandhi is leader of Congress party, all of us and the nation. He is high command and we will contest the 2014 elections under Congress President Sonia Gandhi and Rahul's leadership."

The party has been parrying questions if it could project Finance Minister P Chidambaram as its prime ministerial candidate in the next Lok Sabha polls.

"When the time comes you will know who our PM candidate is...We are not in the habit of predicting or announcing our CM and PM candidates well before the issue arises," party spokespersons have been maintaining for last few days.

A British newsmagazine 'The Economist' had also said earlier that Chidambaram could be the PM candidate, especially if it comes to a face off against Gujarat Chief Minister Narendra Modi.

The magazine had said Chidambaram's "growth-oriented" outlook can give the nation the much-needed push.

Chidambaram had on Thursday sought to debunk questions on his future role, saying, "I know my limitations. And I live and conduct myself according to my limitations."

He had said this when asked to comment on DMK chief M Karunanidhi's remarks that he was potential prime ministerial candidate.

On Monday, Karunanidhi had supported a suggestion by actor Kamal Hassan that the finance minister was a potential PM nominee.

Source: PTI© Copyright 2021 PTI. All rights reserved. Republication or redistribution of PTI content, including by framing or similar means, is expressly prohibited without the prior written consent.
Print this article
Complaint against Owaisi for inflammatory speech 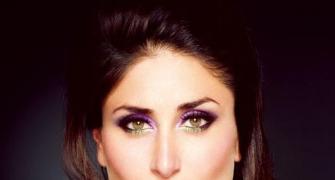 Kareena: I had a huge crush on Akshaye Khanna
Are you a 21st century Indian man? 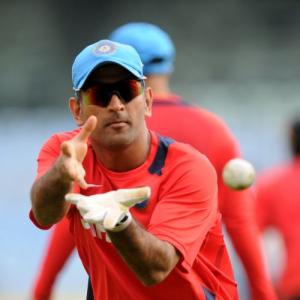