Post-monsoon rains continued to lash Pune and most parts of western Maharashtra on Wednesday, affecting normal life and damaging crops.

The city recorded 75 mm rains till Tuesday night, accompanied by strong winds, Medha Khole, director of Meteorological office, said. According to the Directorate of Agriculture, heavy downpour in Kolhapur, Sangli and Satara districts have adversely affected crops like grapes and cotton.

Vehicular traffic was badly affected in the city due to water-logging in many areas.

Traffic on the Pune-Mumbai Highway was also disrupted on Thursday night when a gas tanker turned turtle near Kamshet due to rains, police said, adding it has now been restored. Khole said heavy rainfall was expected to continue over coastal and central Maharashtra during the next 48 hours. 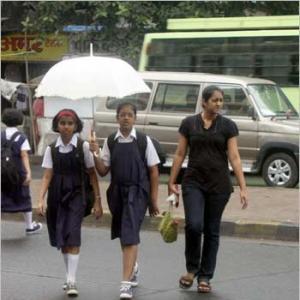 Cyclone 130 kms away from Maharashtra: IMD