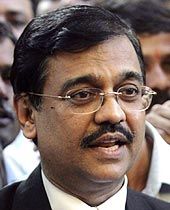 Eminent public prosecutor Ujjwal Nikam, who was instrumental in sending Ajmal Kasab, the lone surviving militant of 2008 Mumbai attack to the gallows, has termed David Headley’s sentence as meagre in comparison to the brutality and heinousness of the crime.

Headley, the American Pakistani Lashkar-e-Tayiba terrorist, had admitted scouting targets for the 2008 militant raid on Mumbai and later agreed to testify against the plotters to avoid the death penalty, was sentenced on Thursday to 35 years in prison.

The sentence, handed down by US District Judge Harry Leinenweber, was the maximum sought by federal prosecutors.

The attacks killed 166 people, including six Americans. Headley, a 52-year-old US citizen of Pakistani descent, admitted videotaping sites that were targeted by the Mumbai attackers.

In India, the US court verdict was received with disappointment.

Nikam said, “This sentence to David Headley is very meagre, inadequate, insufficient, taking into consideration the role played by David Headley in the criminal conspiracy of November 26. Had he been in India definitely he would have been awarded death penalty”.

“Had he been in India definitely we would have got more information to expose Pakistan and not only to expose the nexus between Pakistan army and terrorist organisation LeT. But this won’t happen, as it was agreed between David Headley as well as the American prosecuting agency that he won’t be extradited, so now we have little hopes to prosecute David Headley in India.”

Earlier, New Delhi had expressed disappointment over failure of the earnest plea for extradition of Headley for his role in conspiring and scouting targets for the deadly Islamic militant attacks on Mumbai.

Formerly known as Daood Sayed Gilani, Headley conspired with the LeT and ex-military officers of Pakistan to launch the 2008 Mumbai attacks.

He was arrested in October 2009 and since his arrest and subsequent guilty plea, Headley has been cooperating with US and Indian authorities, and has yielded much information about his associates.

He was arrested in 2009 and pleaded guilty to 12 charges, including conspiracy to bomb places of public use and commit murder and plotting an attack on a Danish newspaper.