Advising the members of the scam-tainted Adarsh society to realise their mistake and surrender the controversial building to the Ministry of Defence, the Bombay high court on Thursday said "the security of the nation is of utmost importance".

"There is nothing wrong in accepting your (society's) mistake and surrendering before the law. You may have committed the mistake then but there can be a change of heart. You are not murderers or terrorists or hardened criminals. Give the building back to defence ministry," a division bench of Justices P B Majmudar and R D Dhanuka said.

Observing that the security of the nation comes first, Justice Majmudar said, "We have to learn from terrorist attacks. Terrorists have already come till Taj Hotel. Tomorrow they may attack sensitive defence establishments. It is a serious matter and should not be taken lightly."

The court also questioned the clearance given to the society by the Brihanmumbai Municipal corporation and planning authority MMRDA. "Why did you (BMC and MMRDA) not insist on NOC from the Defence Ministry? The land is very close to defence installations. Before granting clearance the authorities should have considered the security aspect," the bench said.

The court directed both BMC and MMRDA to explain during the next hearing whether they had considered security aspect before granting clearance to Adarsh society. "Explain whether NOC from defence ministry was obtained. The defence ministry shall also point out if NOC was given then by which department and whether that department had the authority to grant permission," it said.

The 31-storey plush building in upscale Colaba in south Mumbai is being seen as a threat to nearby defence installations as it offers unhindered view of the premises.

The matter will again be heard on April 30.

The court, which had pulled up the CBI for its sluggish probe in the case during the last hearing on March 12, on Thursday expressed its appreciation of the progress made by investigating agency, which has arrested seven accused including retired army officials and a top ranking IAS officer since Tuesday.

"Now things are proceeding on the right track. We are satisfied with the investigations done so far and have full faith that the probe would be completed as expeditiously as possible," Justice Majmudar said.

The court was informed by additional solicitor general

Darius Khambatta that a joint meeting of high-ranking officials from CBI, Enforcement Directorate and Income Tax looking into the scam was held on March 15 and another was scheduled for March 30 where information would be exchanged.

Laundering Act (PMLA) in the case. 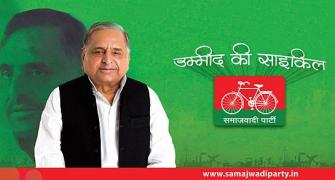 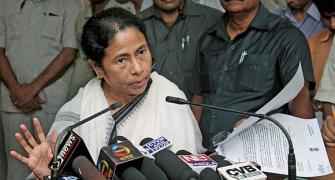 Will not leave UPA; but don't humiliate us: Mamata 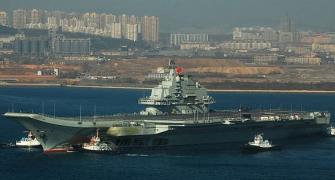 China's 1st aircraft carrier to be deployed in August

Pak seeks end to drone strikes, nuke deal with US