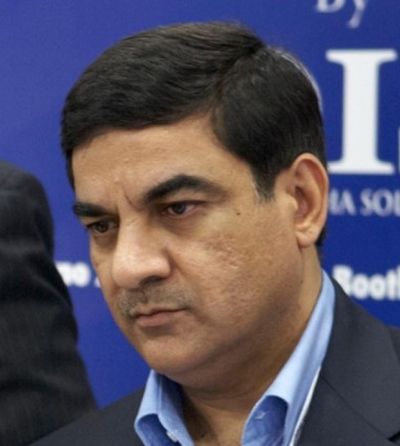 Arms dealer Sanjay Bhandari, who is under the scanner of multiple investigating agencies, may have fled the country, a media report claimed on Thursday.

According to a report in The New Indian Express, government sources suspect Bhandari might have reached London via Nepal, evading a look-out notice issued against him. If verified, this could invite more embarrassment to the Centre with the Opposition already criticising it for failing to extradite Vijay Mallya and others.

Bhandari had earlier this year in June been stopped from boarding a London-bound British Airways flight. He was charged under sections 3 and 5 of the Official Secrets Act by Delhi Police in October after the Income Tax sleuths recovered confidential defence documents during the search operation on his premises in April.

Bhandari first showed up on the radar of investigative agencies in 2010 for alleged involvement in a contract for the Indian Air force. He was the main promoter of Offset India Solutions, a company founded in 2008 to dip into a lucrative market that mandated foreign vendors to invest at least 30% of the value of contracts awarded by India in the domestic manufacturing sector.

The I-T investigation wing during the raids on April 27 this year at his residence had found emails that allegedly talk about renovation of a costly apartment in London in 2010 which was allegedly owned by Vadra, son-in-law of Congress President Sonia Gandhi. Vadra's legal firm has denied that he owned the London property directly or indirectly. It also denied Vadra has any business ties with an arms dealer or his aide.

According to the Economic Times, e-mails and phone call records scrutinised by investigators revealed that Bhandari was in regular touch with bureaucrats, politicians and private companies, especially those in the defence sector. Officials in the investigative agencies said Bhandari's call details records show he was in touch with leaders from both the Bharatiya Janata Party and the Congress.

The documents seized from his premises also allegedly showed that a number of officials from different foreign defence firms were in touch with him on a regular basis.

Bhandari, investigators suspect, is involved in Indian Air Force's basic trainer aircraft purchase for which a deal worth around Rs 4,000 crore was signed during previous UPA regime in 2012.