Harvard University has decided to dissociate itself from Dr Subramanian Swamy's controversial article in a Mumbai newspaper. George Joseph reports from New York.

A meeting of the faculty of arts and sciences at Harvard University in the United States has voted to remove the summer economic courses taught by Janata Party leader Dr Subramanian Swamy.

The decision was taken after a heated debate, according to The Harvard Crimson, the campus newspaper.

Dr Swamy got his PhD in economics in 1965 from Harvard and served as an assistant and associate professor.

Ever since Dr Swamy wrote an op-ed article in the Mumbai newspaper DNA in July, calling for the disfranchisement of non-Hindus who do not acknowledge Hindu ancestry and a ban on conversion among other contentious demands, he has been in the eye of a storm. Dr Swamy's article came days after the serial bombings in Mumbai on July 13.

Two PhD students, Umang Kumar and Sanjay Pinto, started an online petition asking for the removal of courses taught by Dr Swamy, which received more than 450 signatures from students and faculty. However, Harvard sided with Dr Swamy on the principle of free speech.

'Swamy's op-ed clearly crosses the line by demonising an entire religious community and calling for violence against their sacred places,' Eck said, adding that Harvard has a moral responsibility not to affiliate itself with anyone who expresses hatred towards a minority group.

According to the Crimson, 'There is a distinction between unpopular and unwelcome political views.'

Many faculty members felt the article was not free speech, but hate speech. "Swamy's position on disenfranchisement is like saying Jewish Americans and African Americans should not be allowed to vote unless they acknowledge the supremacy of white Anglo Saxon Protestants," said History Professor Sugata Bose, a grandnephew of Netaji Subhas Chandra Bose.

Dean of the Summer School Donald H Pfister explained that courses included in the catalog are chosen by individual departments. 'I find (Dr Swamy's) position reprehensible, but on the other hand, it is our duty to support departments and their offerings,' he said.

'I was persuaded... that the views expressed in Dr Swamy's op-ed piece amounted to incitement of violence instead of protected political speech,' Philosophy Department Chair Sean D Kelly wrote in an e-mail to the Crimson.

Umang Kumar and Sanjay Pinto's petition was launched under the banner of Coalition Against Bigotry at Harvard.

It said 'Swamy's views are deeply offensive; they are also dangerous. The measures he proposes -- far out of step with the everyday secularism and tolerance embodied by most Indians -- would threaten to tear apart the basic fabric of India's pluralist democracy. And, as Indians know too well, the brand of rhetoric that he employs has fueled violence against religious minorities in the past.'

According to Kumar and Pinto, Swamy's comments crossed a line. "They stereotype an entire population of people. How can this man who expresses these views, who's basically saying that India should only be for Hindus and not for other people, and denigrating all Muslims, how can he teach students at Harvard?" asked Pinto.

"Both of us decided we really needed to take action. His comments are wrong on many levels. They put forth a vision of Indian society in which not all religious groups are welcome, which is very different from the India that both of us know," Pinto said after the petition was launched.

Dr Swamy told the Crimson that he was a religiously tolerant person. 'I can't condemn all Muslims. I'm not against them. I never said Muslims as a whole are terrorists.'

He claimed that the response in India to his op-ed was positive. 'I don't think anyone in India, except the left wing, has been upset by my article. There has been wholesale support,' he said.

Ultimately, Harvard university said it was distressed by his statements, but stood by Dr Swamy on the principle of free speech.

In a statement, Division of Continuing Education spokesperson Linda A Cross said, 'It is central to the mission of a university to protect free speech, including that of Dr Swamy and of those who disagree with him. We are ultimately stronger as a university when we maintain our commitment to the most basic freedoms that enable the robust exchange of ideas.'

The petitioners later said they were not aiming to silencing Dr Swamy. 'Rather, it calls on Harvard to dissociate itself from someone who engages in hate speech... Dr Swamy's comments stand in opposition to the goal of fostering reasoned civil discourse at Harvard,' they said in a statement.

'In short, we the undersigned condemn Subramanian Swamy and the views that he has expressed in the strongest terms,' they added. 'Someone who voices such ideas while continuing to teach at Harvard seriously compromises the university's integrity, undermining its commitment to diversity and tolerance.' 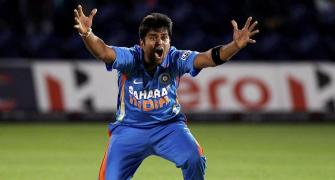 Happy to be leading the Indian attack: Vinay Kumar 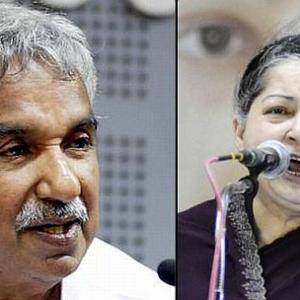