Keen to rejoin the Congress after being expelled from the Bharatiya Janata Party, Harak Singh Rawat on Tuesday said he is ready to apologise to former chief minister Harish Rawat any number of times for the sake of Uttarakhand's interests. 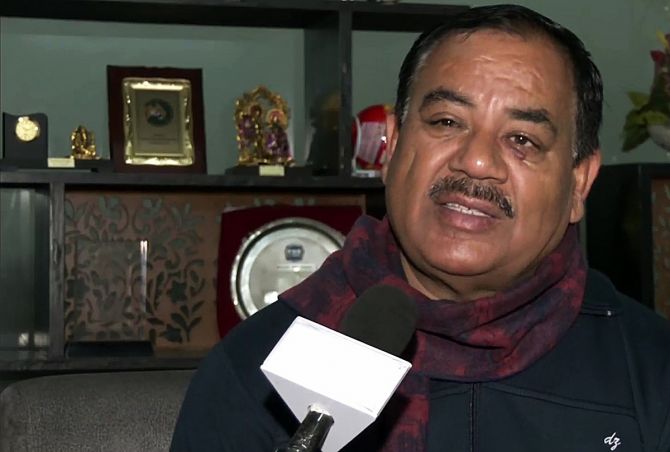 IMAGE: Harak Singh Rawat speaks to the media on his dismissal from the Uttarakhand cabinet and expulsion from the BJP, in Dehradun, January 17, 2022. Photograph: ANI Photo

Referring to the rebellion against his government in 2016 which led to the imposition of the President's rule in Uttarakhand, Congress campaign head Harish Rawat has hinted on several occasions that Harak Singh Rawat can be accepted in the Congress only if he apologises for his mistake.

"He (Harish Rawat) is my elder brother. I can apologise to him a hundred times or even one lakh times for the development of Uttarakhand, the youths of the state and its interests. I have no ego," Harak Singh Rawat told reporters.

The former BJP leader said he is always "ready to bow or go down on knees to protect the interests of Uttarakhand".

When asked about Harish Rawat's stand, Harak Singh said the circumstances in 2016 when he had rebelled against Harish Rawat were different.

He said he looks upon Harish Rawat as his elder brother and his personal relations with him have always been cordial. "From Dharchula to Manglaur or Pandukeshwar to Jaspur, Harish Rawat's stature is unmatched," he said.

Harak Singh kept referring to Harish Rawat all along as "Harish Bhai".

On the speculation about his joining the Congress, Harak Singh said he has spoken to the Leader of Opposition Pritam Singh and state Congress president Ganesh Godiyal who will take the matter to the high command.

"My next move will be in accordance with what I hear from them," he said.

The BJP expelled Harak Singh Rawat from the party for six years on Sunday night after he allegedly insisted on more than one ticket for his family.

He was also dropped from the state cabinet where he was serving as forest and labour minister. 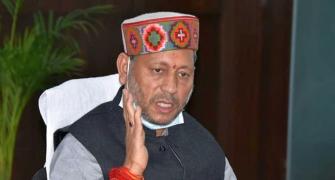 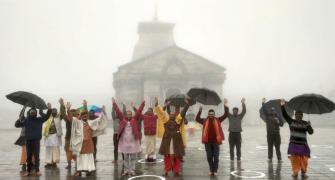 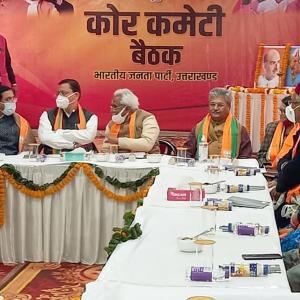 BJP to form teams to check rebellion in Uttarakhand 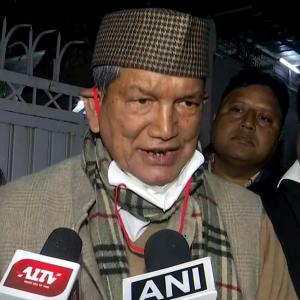