In a significant development the anti-talks faction of the outlawed National Democratic Front of Bodoland has called upon the government to stop operations against it to create an atmosphere conducive for holding dialogue.

In a statement issued to the media, NDFB hardliners led by its 'chairman' Ranjan Daimary, who is now lodged in jail, after his arrest in Bangladesh, stated that the government should exercise restraint against them. The Bodo rebel group had earlier announced a unilateral six-month long ceasefire that comes to an end on June 30.

"We have been maintaining restraint. The government on its part should reciprocate and create an atmosphere conducive for talks. Peace can return to the state only through a sincere approach adopted by both the sides," NDFB (anti-talks) publicity wing stated.

The general secretary of the NDFB a faction, N Dinthigwra along with his body guard, B Bwhwitha were killed by security forces in an encounter in Garo Hills of neighbouring Meghalaya recently. The NDFB faction alleged that it was not an encounter but killing in cold blood.

The NDFB hardliners stated that it desisted from retaliatory killings as it was interested in the peace initiative of Bodo National Convention.

The government of India has already started political dialogue with the other faction of the NDFB led by Govinda Basumatary, which has raised demand for a separate Bodoland State to be carved out of present Assam. 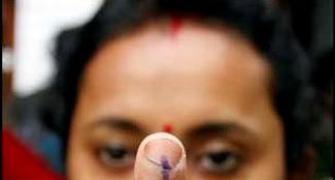