'It earlier took 19 months to build a Tejas, from start to finish.'
'This is now down to 11 months,' HAL chief T Suvarna Raju tells Ajai Shukla. 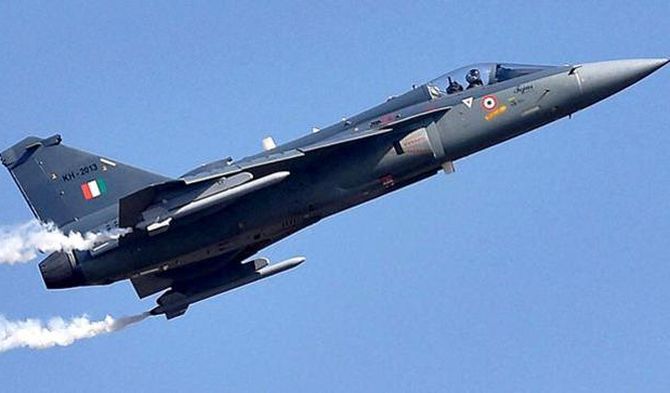 Since December 2013, when the indigenous Tejas fighter was operationally cleared to join the Indian Air Force, Hindustan Aeronautics Limited has struggled to establish an assembly line that could build the homegrown light fighter quickly and cheaply.

With just three Tejas delivered until this year out of the 20 ordered in 2013, the IAF's complaint that the Defence Research and Development Organisation had taken too long in development gave way to the charge that HAL was not building the fighter fast enough to replace the IAF's retiring MiG fighters.

HAL's manufacturing shortfall became even starker last November, when the defence ministry cleared the acquisition of 83 more Tejas 1A fighters.

This successor to the Tejas Mark 1, with four specified capability improvements, is required to enter production in 2019. This plan hinges on establishing a high-capacity assembly line.

HAL chief T Suvarna Raju has confirmed that eight Tejas fighters will roll off the line this year -- the rated capacity of the assembly line.

Thereafter, the line is expected to build the Tejas Mark II fighter, an advanced variant of the Tejas with a more powerful General Electric F-414 engine and upgraded avionics.

Outsourcing to private defence firms has been key to achieving HAL's production targets.

"HAL is now focusing mainly on putting together large assemblies that are built and supplied by private aerospace companies. That has allowed us to speed up work exponentially," says Raju.

HAL has created five 'Tier-1' suppliers that each build a part of the Tejas.

Each of these Tier-1 suppliers sources components and sub-assemblies from lower-order Tier-2 and Tier-3 suppliers, creating an aerospace industry around the Tejas.

In addition, a range of equipment is sourced from other private firms that are emerging as players in the aerospace realm: Avionics racks and air intakes from Lakshmi Machine Works, Coimbatore; electrical panels from Amphenol, Pune; slats and elevons from Aequs, Belgaum; pipelines from Rangson, Mysore, and precision mechanical assemblies from Sri Koteswara Cam Systems, Secunderabad.

HAL plans to eventually outsource 69 per cent of the production of Tejas structural modules, with just 31 per cent of the work done in-house -- consisting mainly of assembly and equipping work.

A visit to the Tejas production hanger reveals the most technologically advanced production line that HAL has ever set up -- significantly more high-tech than the Hawk advanced jet trainer line that was established with BAE Systems.

The production jigs, on which Tejas components are fabricated, are calibrated with lasers to an accuracy of 50 to 80 microns (one micron is one-thousandth of a millimeter).

This ensures repeatability, which means that every component coming off a jig is precisely the same, and can be switched across aircraft.

There are also robotic machines to drill the thousands of holes that are required in each Tejas' carbon 'skin'. These robots drill in two days what manual drillers earlier took two months to do.

"It earlier took us 19 months to build a Tejas, from start to finish. This is now down to 11 months, and we will be building each Tejas in nine months by September this year," says Raju.

This has physically replaced the Hawk trainer line that is close to completing delivery of its orders.

The cost of Rs 1,231 crore is being half funded by HAL, with the IAF and navy picking up the tab for the other half. 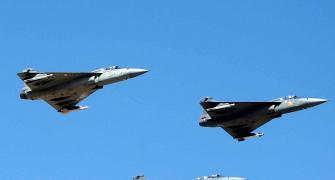 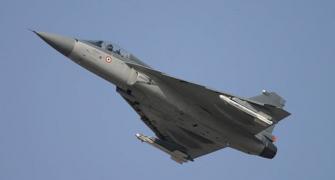 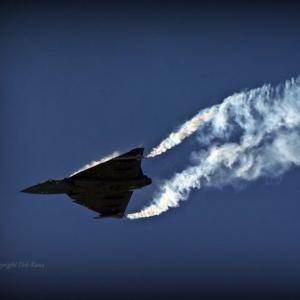