Source: PTI
January 07, 2011 16:04 IST
Two Pakistani members of Parliament have accused Premier Yousuf Raza Gilani's son of being involved in corruption in the hiring of accommodation for Haj pilgrims, the Supreme Court has been told.

The apex court had taken suo motu notice of complaints about corruption and irregularities in Haj arrangements. One of the complaints was made directly to the Chief Justice by a Saudi prince.

Ahmed told the court on Thursday that Sukhaira had left Pakistan before the investigation into the scandal started. There was no official reaction to the FIA chief' statement in court.

Gilani had sacked two members of his Cabinet -- Religious Affairs Minister Syed Hamid Kazmi and Science and Technology Minister Azam Khan Swati -- after they publicly traded charges over alleged corruption in the hiring of accommodation for pilgrims. Swati had also made a statement against Kazmi in the Supreme Court.

Responding to Ahmed's statement, the apex court questioned why Sukhaira was not quizzed by investigators and why the FIA could not find out whether the Prime Minister's son Abdul Qadir had travelled to Saudi Arabia.

The bench asked why the Pakistani ambassador to Saudi Arabia was not contacted and why the statements of two witnesses in Saudi Arabia, who had approached former federal minister Azam Swati, had not been recorded.

Expressing disappointment at the way the FIA chief was handling the investigation, the apex court "asked him to surrender and confess to the government that he was unable to investigate the matter independently." If he did not do so, the court would issue an "appropriate order."

"The defective investigation is heading nowhere," the Chief Justice observed.

The court also directed Religious Affairs Secretary Shaukat Hayat Durrani to pay 700 Saudi riyals within a week to each of about 26,000 pilgrims who had suffered due to lack of basic amenities in accommodation hired in Saudi Arabia. If the payment is not made within a fixed timeframe, the court warned it would order the freezing of the Religious Affairs Ministry's accounts.

Advocate Afnan Kundi submitted a statement on behalf of former minister Swati, expressing disappointment over the FIA's investigation and complaining that Swati had written several letters related to his apprehensions over FIA's alleged attempt to cover up matters related to the Haj scam.

The next hearing of the matter has been scheduled for January 11.
Source: PTI© Copyright 2020 PTI. All rights reserved. Republication or redistribution of PTI content, including by framing or similar means, is expressly prohibited without the prior written consent.
Related News: Federal Investigation Agency, Haj Rao Shakeel, Azam Khan Swati, Pirzada Syed Ahmed Imran, Saudi Arabia
SHARE THIS STORY
Print this article 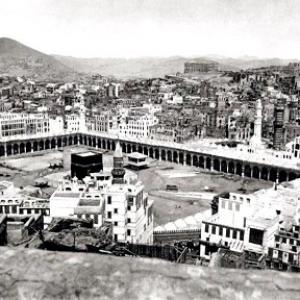