News
Business
Movies
Sports
Cricket
Get Ahead
Money Tips
Shopping
Sign in  |  Create a Rediffmail account
Rediff.com  » News » Gujarat poll is not just a 'chunav', it's a 'chunauti' for BJP: Shatrughan

Gujarat poll is not just a 'chunav', it's a 'chunauti' for BJP: Shatrughan

There is anger among people over the goods and services tax and demonetisation, and the writing on the wall is clear that the Gujarat assembly election is not just a chunav (poll) for the Bharatiya Janata Party but also a chunauti (challenge), outspoken party MP Shatrughan Sinha said on Wednesday. 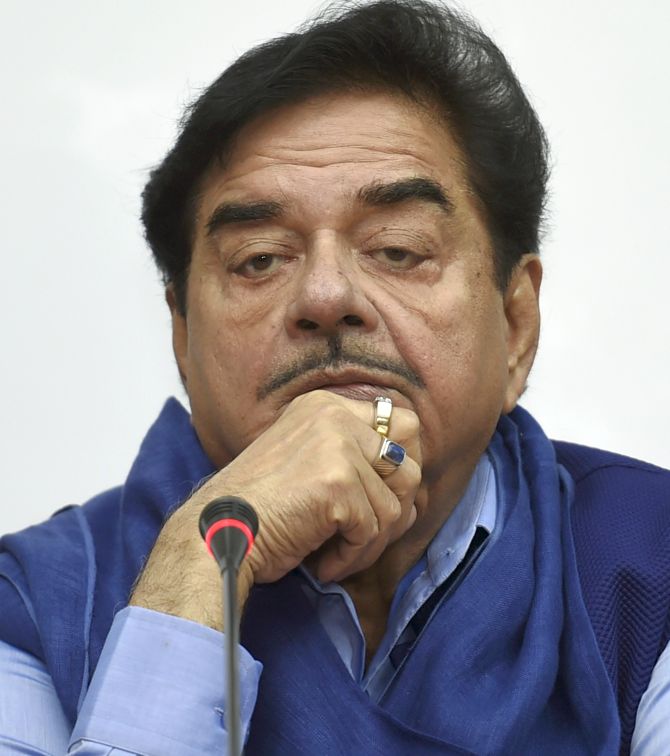 Sharing dais with Congress leader Manish Tewari at a panel discussion on the latter's book Tidings of Troubled Times, Sinha also defended his comments on economic issues, saying "if a lawyer can talk about finances, if a TV actress can be the HRD minister and if a 'chaiwala' can be... then why I cannot talk about economy?"

His remarks were an obvious reference to Finance Minister Arun Jaitley, Information and Broadcasting Minister Smriti Irani, who was earlier HRD minister, and Prime Minister Narendra Modi. However, he did not name any of them.

Sinha maintained that he was not challenging his party but "showing mirror to it" in the BJP's and the nation's interest.

"From the writing on the wall and anger among people over GST, demonetisation, unemployment...seeing it, I don't want to say how many seats the BJP will get but certainly this election is going to be a special challenge," he said.

However, the MP from Patna Sahib said the BJP can increase its seats by staying united and should not take the elections lightly.

"I will only say the matter is serious and this is not chunav (election), but chunauti (challenge)," he said.

Without naming anyone, Sinha said he is often told that he may lose ticket for the next general election.

Asked if he could join any other political party, the former cinestar responded with his signature dialogue, "khamosh (keep quiet)".

The government should seek suggestions from "experts and learned people from the opposition" like former Prime Minister Manmohan Singh and others in running the country, he said. 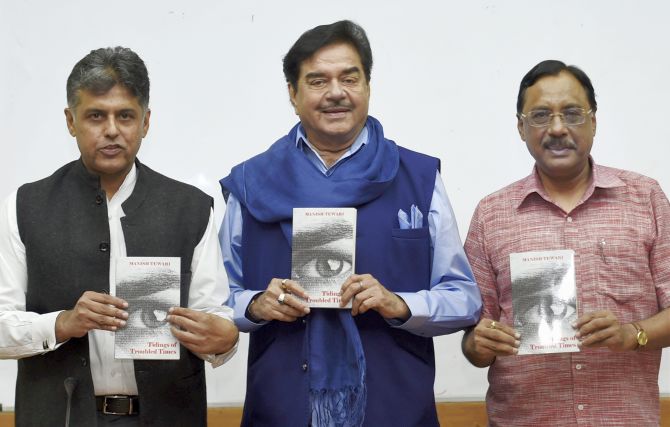 "He (Jaitley) may himself lose his job but is suggesting job for others," Sinha quipped.

Sinha claimed "a very big" leader called him up one day and asked him why he was "speaking the language of opposition" on demonetisation and GST. The actor-turned-politician said he told that leader that what he said was in the national interest.

Earlier, during his address, Sinha decribed BJP veteran L K Advani as the "silver lining in the political cloud", but lamented that the former deputy prime minister was denied any post and "cut to size".

"Leave aside making him the president, he was not made even a minister. Despite having made and saved the careers of many, he finds himself in this condition today," he said, without naming anyone.

Noting that the opposition will be observing a 'black day' and the ruling BJP 'anti-black money day' on November 8, the day Prime Minister Narendra Modi announced the launch of demonetisation exercise last year, Sinha asked where the black money had gone.

"I will only celebrate Advaniji's birthday on the day and seek his blessings and guidance," he added.

The actor-turned-politician said the main opposition Congress had a "talent pool" and that he admired its chief Sonia Gandhi, its vice president Rahul Gandhi and Nationalist Congress Party chief Sharad Pawar and some other opposition leaders.

Sinha, who was reportedly pulled up by the BJP leadership for meeting Bihar Chief Minister Nitish Kumar when the latter was not in the National Democratic Alliance, said the prime minister also meets opposition leaders. "What is right for Peter should be right for Paul too," he said.

Sinha has often criticised the BJP and the Modi government's policies and decisions, including demonetisation and the GST. 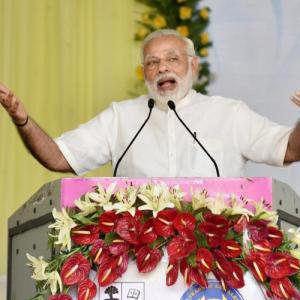