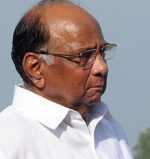 Sharad Pawar-led Nationalist Congress Party will fight the upcoming Gujarat assembly elections in alliance with the Congress with an aim to dislodge the ruling Narendra Modi government.

"Our party will have seat sharing arrangements with the Congress for the upcoming Gujarat assembly poll as we want to prevent division of votes and defeat the BJP in the poll," Pawar said at the opening session of the 5th National Convention of his party at Atladara in Vadodara.

Pawar hinted that the party will have its own pound of flesh for teaming up with the Congress.

"Under the 2007 seat-sharing agreement, the NCP contested 8 seats and Congress 174 seats. This time, we want more seats," Pawar said.

"Since the NCP's strength has gone up in the state post 2007 assembly poll, we will field candidates on the seats that have winning potential," Pawar added.

Senior NCP leader and Union minister Praful Patel also proposed for a "hard bargain" with the Congress on the back of performance of his party at panchayat polls. NCP won 22 out of 26 district panchayats in Gujarat.

Maharashtra minister Chhagan Bhujbal and other leaders, including Sule appealed to the party workers to "bring about a change in the state by defeating BJP government which ignored former Prime Minister Atal Bihari Vajpayee's advice to adhere to rajdharma". 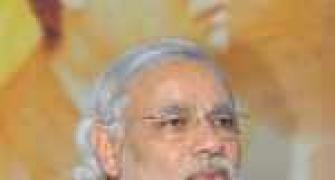 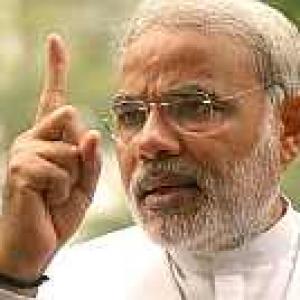