The Gujarat high court has dismissed a revision application filed by sacked IPS officer Sanjiv Bhatt, seeking modification in the charges framed against him in a 1996 case under the Narcotics Drugs and Psychotropic Substances Act (NDPS). While dismissing Bhatt's plea on Thursday, Justice Ilesh Vora also directed the trial court to begin the trial proceedings "expeditiously", observing the process is yet to commence as the former officer kept filing applications in lower courts as well as high court.

"The trial is yet to commence as the applicant, under one pretext or the other, filed applications before the trial court as well as before this court. Thus, it is evident that, after framing the charges, the trial court is unable to record the evidence of the witnesses," Justice Vora said in the order.

"No litigation has a right to unlimited drought on the court and public money in order to get his affairs settled in the manner he wishes. However, access to justice should not be misused as a license to file misconceived and frivolous petition," the judge observed.

Bhatt has been behind bars ever since his arrest by the CID in this case in 2018.

During his judicial custody, he was convicted in a 1990 custodial torture case, while the charges in the 1996 drug possession case were already framed by the trial court in Banaskantha.

Bhatt, a Gujarat cadre IPS officer, who was Banaskantha SP in 1996, was sacked by the Union ministry of home affairs in August 2015 for "unauthorised absence" from service.

It is alleged by the prosecution that when the applicant  was posted as district superintendent of police, Banaskantha at Palanpur, he hatched a conspiracy to frame one Sumer Singh Rajpurohit, resident of Pali, Rajasthan State, in a false case of opium possession, punishable under the provisions of the NDPS Act.

Banaskantha police under Bhatt had claimed that 1.5 kg of opium was found in a hotel room occupied by Rajpurohit in Palanpur town. However, a probe by the Rajasthan police had revealed that Rajpurohit was falsely implicated.

The trial court in Palanpur had framed charges against Bhatt in September 2019. He is now facing trial under relevant sections of the NDPS Act and under 120(b), which deals with criminal conspiracy and section 465 and 471 of the IPC for forgery. He is also an accused under various other sections of IPC, such as 117, 167, 204 and 343.

His discharge plea was earlier rejected by the trial court and the high court had also dismissed his plea challenging that rejection last year.

In his latest revision application filed in March this year for "alteration of charges", Bhatt claimed that since the opium seized at that time was in "natural" form and not a "manufactured drug or derived from opium", he cannot be charged under section 17,18 or 21 of the NDPS Act, because it’s a "defective charge".

Since section 27(a) of the NDPS Act, which is also slapped on him, deals with "financing" drug related activities, the charge is also defective and "needs to be altered" because it does not apply in this case, Bhatt said in his plea.

It was alleged that in the name of Rajpurohit, a forged entry was made in the hotel register by Bhatt.

In his plea, the former IPS officer contended that the question of framing charges under section 465 and 471 of the IPC does not arise because the prosecution "was silent about who created a false entry in the name of the witness Sumer Singh in Hotel Lajvanti".

However, Justice Vora, while dismissing Bhatt's plea, noted that "this court does not find any infirmity either legally or factually in the impugned order passed by the lower court, which does not call for any interference". 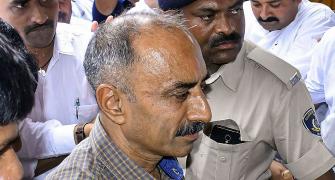 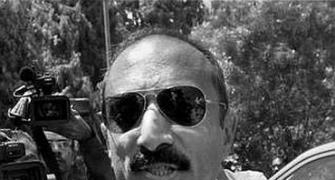 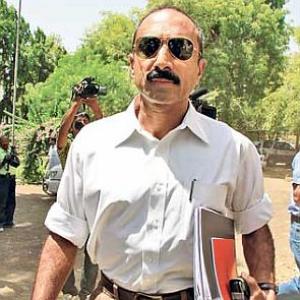