The government will soon issue guidelines for regulation of OTT (over the top) platforms that will address issues such as sensitive content, the Rajya Sabha was informed on Tuesday. Replying to a Zero Hour mention, Information and Broadcasting Minister Prakash Javadekar said a lot of suggestions and complaints on the regulation of OTTs have been received.

"Guidelines and direction are almost ready. It will be soon implemented," he said in his brief submission.

Earlier, raising the issue through a Zero Hour mention, Mahesh Poddar of the BJP said the content and language on OTT platforms was discriminatory and offensive.

Objectional content on OTT platforms includes sexual discrimination and abusive language, he said adding that the government should, without delay, implement the Internet regulations.

There are at least 40 OTT platforms, including global ones such as Netflix, Amazon Prime and HotStar (Disney Plus),and hundreds of news content websites.

"It is an important issue. We get a lot of suggestions and complaints. Guidelines and directions are almost ready. It will be soon implemented," Javadekar said.

Ram Gopal Yadav of the Samajwadi Party opposed direct recruitment for the post of joint secretary in Government of India, saying the IAS and IRS fraternity was unhappy with these lateral entries.

Besides, there is no reservation for SC, ST and OBC in these appointments, he said, demanding that the Department of Personnel and Training be told to stop such recruitments.

Neeraj Dangi of the Congress demanded raising of monthly pension to pensioners covered under the EPF-95 scheme to Rs 9,000 from the current Rs 300 to Rs 3,000 a month.

N Gokulakrishnan of the All India Anna Dravida Munnetra Kazhagam alleged that 'step-motherly treatment' being meted out to Puducherry in partly increase of Rs 26 crore in the annual fund allocation for the Union Territory.

Seeking at least a 10 per cent annual increase in fund allocation, he said the demand for a special package, writing off of legacy loans and reimbursement of pay commission arrears have been pending with the central government.

Kanakamedala Ravindra Kumar of the TDP sought reconsideration of the government decision to privatise Rashtriya Ispat Nigam Limited (RINL) which has a steel plant in Visakhapatnam in Andhra Pradesh.

The steel plant, he said, was built after 22,000 acres of land was sacrificed by the people of the state. About 16,000 people were displaced due to the plant.

The plant is incurring losses as it does not have a captive iron ore mine and is burdened by huge debt servicing liability, he said, adding the entire steel industry was facing high iron ore and freight cost, pushing them into losses.

He called for reconsideration of the disinvestment plans of RINL Visakhapatnam.

Shiv Sena MP Priyanka Chaturvedi raised the issue of Indians stuck on a ship in the China Sea since last year and asked the government to bring them back on priority.

Shipping Minister Mansukh L Mandaviya said the issue will be resolved in a short time and the crew will return home.

He said 23 sailors on one ship -- MV Jag Anand -- have returned home and the Indian government is in touch with the Chinese authorities for the return of 16 Indian crew on another vessel, MV Anastasia.

Indian bulk cargo vessel MV Jag Anand had been on anchorage near Jingtang port in Hebei province of China since June 13.

Another vessel, MV Anastasia, is on anchorage near Caofeidian port in China since September 20.

DMK's Tiruchi Siva raised the issue of 49 Kendriya Vidyalaya schools in Tamil Nadu not having a single teacher to teach Tamil as a third language.

Sanskrit and Hindi have been made compulsory languages but not Tamil. This, he said, was an injustice to the local language.

KVs are preferred for their good education and very low fee and not teaching Tamil would be an injustice to poor students, he said.

"Tamil should be the compulsory language for teaching in KV schools."

Sasmit Patra of the BJD raised the issue of a long-pending demand for the building of a new international airport at Puri in Odisha.

Civil Aviation Minister Hardeep Singh Puri responded saying the request for the new international airport at Puri came from the state government 'only a few days ago' and to say it has been long pending will be incorrect. 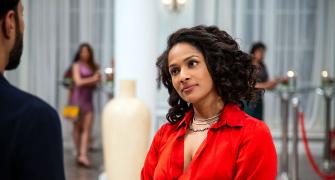 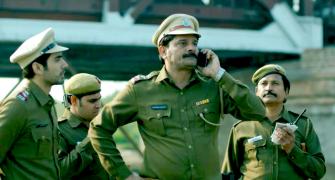 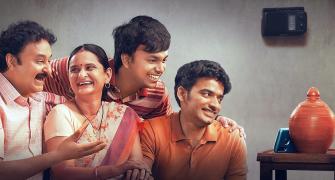 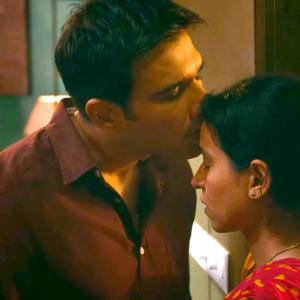 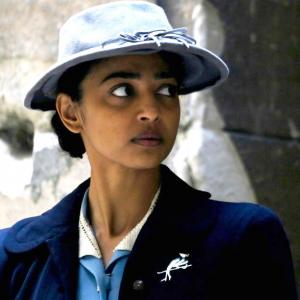