The Centre on Sunday called off its month-long suspension of operations against terror groups during the holy month of Ramzan in Jammu and Kashmir and directed the security forces to take "all necessary action" at the earliest to prevent terrorists from launching attacks and indulging in violence. 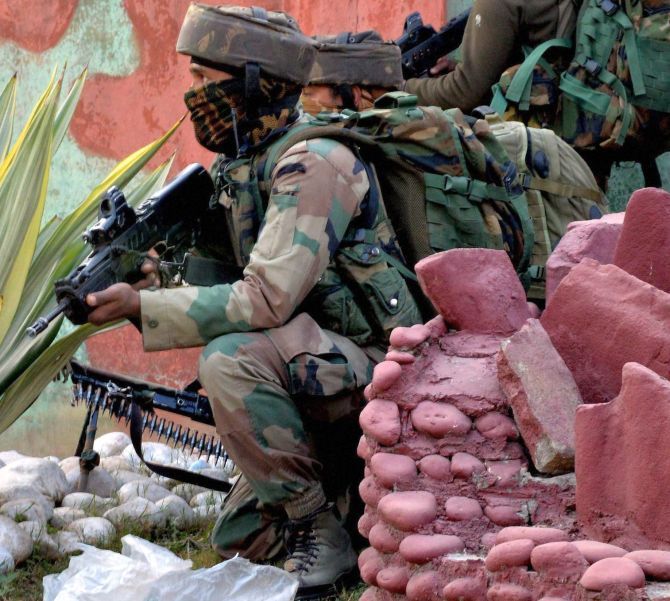 "Security forces are being directed to take all necessary actions as earlier to prevent terrorists from launching attacks and indulging in violence and killings," Union Home Minister Rajnath Singh said in a statement but made it clear that the government will continue with its endeavour to create an environment free of terror and violence in the state.

"It is important that all sections of peace loving people come together to isolate the terrorists and motivate those who have been misguided to return to the path of peace," he said.

The Centre had announced suspension of operations at the beginning of the holy month on May 17 and had said the decision was being taken in the interests of the peace loving people of the state, in order to provide them a conducive atmosphere during the fasting month.

He commended the role of security forces for having implemented the decision in letter and spirit in the face of grave provocation, to enable the Muslim brothers and sisters to observe Ramazan in a peaceful manner.

"This has been widely appreciated by the people all over the country, including Jammu and Kashmir, and has brought relief to the common citizens," he said, adding it was expected that everyone will cooperate in ensuring the success of this initiative.

"While the security forces have displayed exemplary restraint during this period, the terrorists have continued with their attacks, on civilians and Security Forces, resulting in deaths and injuries," he said.

According to officials, there were 18 incidents of terror between April 17 to May 17 this year and the figure rose to above 50 during the suspension of operations.

The suspension of operations saw brutal killings which included that of An army soldier by militants, attacks on civilians propagating moderate approach and finally gunning down of veteran journalist Shujaat Bukhari, who was a strong voice of peace, they said.

The security agencies had alerted the government about designs by certain terror groups to disrupt the forthcoming Amarnath Yatra beginning June 28 and the need for conducting some operations in South Kashmir.

"We have to take the decision in the right spirit. The Home ministry has taken note of all the inputs available and decided that suspension of operation, which was carried out for one month, will no longer continue," Minister of State in the PMO Jitendra Singh said.

"I think the immediate priority for all of us is conducting the upcoming Amarnath yatra in peaceful and successful manner and for that not only the government but the civil society will have to extend cooperation and we will have to ensure that nothing happens that will disrupt the Amarnath yatra and discourage the pilgrims who come from far and wide," he told TV channels.

Meanwhile, political parties in Jammu and Kashmir described as "disappointing" the Centre's announcement of not extending the ceasefire in the state and blamed the Centre and the state government for not making it effective.

Former Jammu and Kashmir chief minister Omar Abdullah took a dig at some state BJP leaders who were upbeat about the calling off of the unilateral ceasefire.

In his tweet, Omar wrote it was "the Centre's initiative and yet these people are celebrating its failure as if it had been announced by our enemies.

"It's failure is the failure of everyone who wanted to give peace a chance," he said.

Communist Party of India-Marxist leader and MLA Mohammed Yusuf Tarigami termed it as an opportunity lost and regretted that the centre had to call off the unilateral ceasefire.

"I know the grave risks involved in announcing such a decision ahead of Ramzan and would have hoped for some more confidence building measures for creating a viable environment for political dialogue," he said.

On Friday, Prime Minister Narendra Modi had held a meeting with Home Minister Rajnath Singh on the security situation in the state and to review the suspension of operations during the holy month of Ramzan.

“It is disappointing but not entirely (an) unexpected development,” the state's main opposition National Conference's spokesperson Junaid Mattu said.

Mattu said the Central government should have done some necessary back channel work for the ceasefire to be effective.

“The decision to announce the ceasefire was welcomed by us and we had expected that the decision would have been taken after due application of mind and with the necessary back channel work.

"That turned out not to be the case and the recent developments including the tragic assassination of (veteran journalist and editor 'Rising Kashmir') Shujaat Bukhari made this decision inevitable,” he said.

The NC spokesperson said the “failure” of the Centre's unilateral ceasefire was the “collective failure” of the state and the central government and a loss for all those who believe in peaceful resolution to "Kashmir's political issue".

The ruling PDP said while the party was also disappointed, there was very little it could do as peace is a two-way traffic.

“Peace is a two-way traffic, it is not one way. We tried everything from our side. Is there any CBM (confidence building measure) which we or Mehbooba did not work on? Stone-pelters were given amnesty, their cases, in thousands, were revoked, even those who were booked in 2010 by the then NC government.

"There was a dialogue process. Even Union Home Minister mentioned talks with Hurriyat by taking their name. What else could we have done?” PDP general secretary Peerzada Mansoor said.

"You can lead a horse to the water, but you cannot make it drink. Ceasefire happened after many years. Last time it happened, the government was opposed to that. We called for an all-party meet this time where there was a consensus. Then Mehbooba initiated it, we are grateful that the Prime Minister (Narendra Modi) honoured it. Then (Union) home minister announced it.

“You saw how death and destruction stopped in the Ramadhan except for one boy who came under a forces vehicle. People had a sigh of relief. You travel to Pulwama or Shopian and see. But, see the situation in the last few days. What happened to Bukhari. How he was mercilessly killed. What can we do?” he said.

Mansoor said the situation in the valley had left the ruling party with no choice.

Criticising the separatists for setting pre-conditions for talks, the PDP leader said engagement is in the interest of Kashmir and its people.

“... They (separatists) could also have constituted a team. If the Centre has constituted a team (special representative Dineshwar Sharma), let them (separatists) also form a team, but there should be engagement so that people are saved from death and destruction. What can we do, where will we go. Kashmir is burning because of these things,” he said. 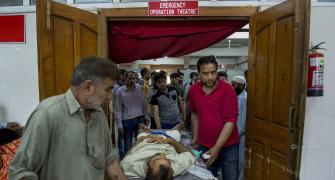