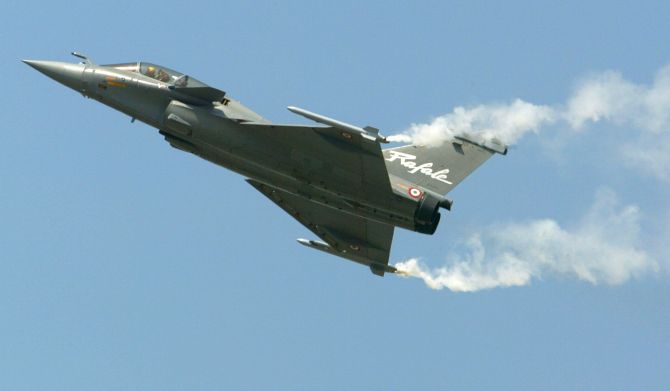 The Congress on Friday raked up the issue of Rafale jet deal, accusing the government of compromising national security and paying more for the combat aircraft.

“There is no doubt any longer that Rafale aircraft deal deserves to be examined thoroughly by a joint parliamentary committee. Congress reiterates its demand for constitution of a Joint Parliamentary Committee,” he said, citing a newspaper report that claimed the Modi government’s decision to buy 36 jets, instead of 126 planned earlier, jack up the price of each aircraft.

He alleged that the “windfall” to French firm Dassault Aviation was a “deliberate decision” and is highly questionable.