'Our election slogan is simple: Ballot for Bullet' 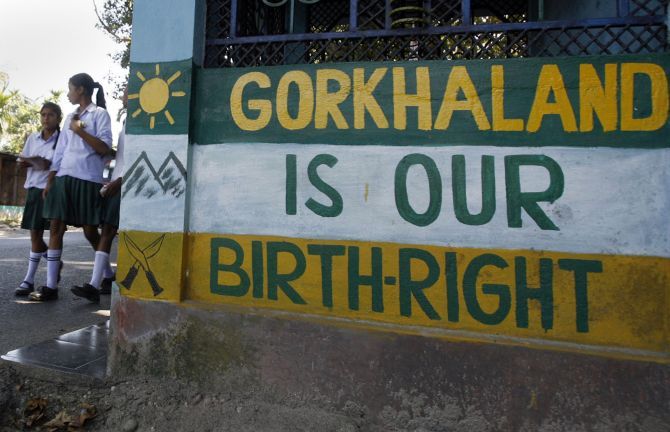 Gorkha Janamukti Morcha leader Bimal Gurung, who is currently in hiding, has asserted that the demand for a separate Gorkhaland state is "still alive" in the Darjeeling Hills and that he continues to be the president of the party.

His assertion comes in the face of claims by main political parties in the region -- the Bharatiya Janata Party and the Trinamool Congress -- that the statehood demand is not a political issue in the upcoming Lok Sabha election.

The issue this time is development, the spokesmen of the parties had said.

Speaking to PTI from an undisclosed place in Darjeeling, Gurung said on Wednesday, "We see every election as a step towards reaching our goal (of statehood). This election is very important as it will send a resounding message to the rest of the country that the people of Darjeeling, Terai and Dooars areas have not given up their demand for a Gorkhaland state."

Gurung, one time close aide of late Gorkha National Liberation Front chief Subash Ghising, said the coming election is a fight between the West Bengal government's "dictatorship" and the will of the people to stand up against it.

"This election is about standing up and saying we are not scared. Winning this election will take us one step closer towards realising our dreams," the GJM leader, who went into hiding after the June 2017 clashes in Darjeeling, said.

Polling for Darjeeling Lok Sabha seat will be held on April 18.

Unlike the Tamang faction, Gurung said though his faction is supporting Bista it has no complaints against the current BJP MP S S Ahluwalia.

Darjeeling had witnessed a 104-day-long strike in 2017 for the statehood demand and several people including police personnel were killed, which forced Gurung to flee the Hills. He has been on the run since then.

Ahluwalia, he said, had worked honestly and sincerely towards raising the GJM's concerns and issues at the national level. But the people were irked with his "absence" from Darjeeling during the 2017 Gorkhaland agitation and complained about it.

"Most people, we spoke to, were not willing to vote for him. So we talked to Ahluwalia and he volunteered to withdraw himself from consideration for the Darjeeling Lok Sabha seat," Gurung said.

He said, the claims by the West Bengal government of developing the Darjeeling Hill area is "laughable".

"We have a saying in Nepali - 'bahira rumaley, bhitra undruk umale'y - those who cannot feed themselves are talking about organising picnic for others," Gurung said to explain his point.

Asked to comment on West Bengal chief minister Mamata Banerjee's oft repeated claims that the 'Hills were smiling' and peace and development have seen a new dimension in the area, the GJM leader, who once had shared a cordial relationship with the TMC supremo, said the smile was only "mockery and scorn".

"Peace in the hills today is akin to the peace of the graveyard. In fact corruption, intimidation, threats, curtailing of democratic and constitutional rights and making a mockery of the judicial system has increased in Darjeeling than in rest of the state. What has developed in Darjeeling is the suppression and oppression of peoples' sentiments," Gurung alleged.

It is not only the electorate in Darjeeling, but also of neighbouring Alipurduar, Cooch Behar and Jalpaiguri Lok Sabha constituencies who are against the ruling TMC, he alleged.

Exuding confidence that Bista would win from Darjeeling LS seat, Gurung derided the Tamang faction, calling it 'Trinamool Congress Binoy Team' and said it is not GJM.

He said Bista with his background in management and experience would be able to generate the national consensus needed for the separate state of Gorkhaland.

On joining hands with long-time political rival Gorkha National Liberation Front for the parliamentary elections, Gurung said the alliance "was strongly desired by the people in the region".

"We had been receiving requests and suggestions from our cadres and general public that our two parties must join hands and work together. We joined hands as we realised that no one can defeat us if we are united," he said.

Exuding confidence that "our candidate will win with a convincing margin," he asserted, "I am still the GJM president."

Asked about his plans to campaign from hiding, Gurung said, "I don't need to campaign in person. The people here are emotionally connected with me because I have not sold out. Nor have I given up on our collective aspirations.

"Over 70 per cent of the people in the region still support me and what we stand for. This is the West Bengal government's internal report. Our election slogan is simple "Ballot for Bullet".

Criticising the state government for its "rampant abuse" of police machinery and other administrative offices, he said the faction headed by him will be asking for votes against "oppression and suppression" of democratic and constitutional rights.

The strike in the Darjeeling Hills in 2017 had led to a split in the GJM, with Binay Tamang, his deputy, taking over the reins. Gurung and his loyalists were expelled from the party.

Tamang then established himself as the defacto leader of the Hills with the help of the ruling TMC.

Sudipto Chowdhury
Source: PTI© Copyright 2021 PTI. All rights reserved. Republication or redistribution of PTI content, including by framing or similar means, is expressly prohibited without the prior written consent.
SHARE THIS STORY
Print this article 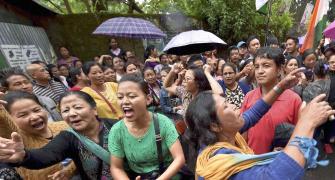 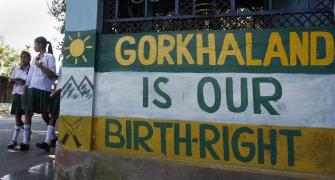 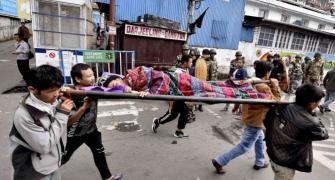 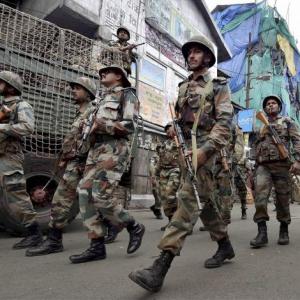 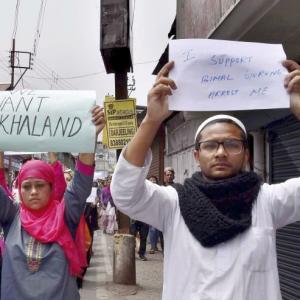 Muslims back calls for Gorkhaland