Rajasthan Chief Minister Ashok Gehlot on Tuesday told Congress MLAs that they will be asked to come to New Delhi if he decides to file his nomination for the party president election. 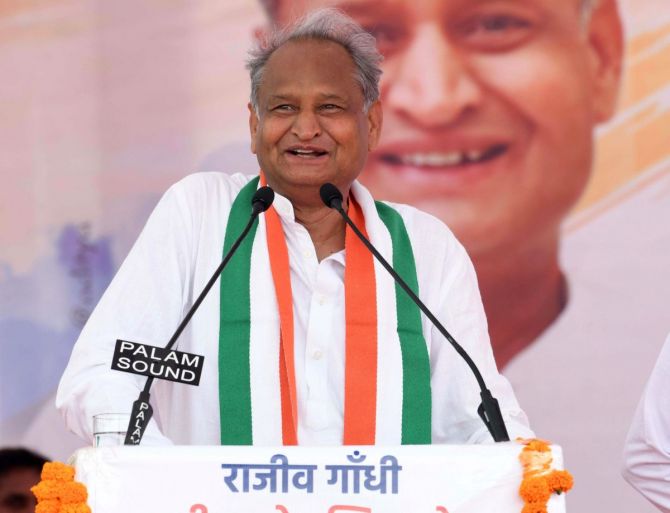 But he will first visit Kochi to persuade Rahul Gandhi, who is leading the Congress' Bharat Jodo Yatra there, to contest for the post.

Gehlot said this at a Congress Legislature Party meeting at his official residence in Jaipur, according to a state cabinet minister.

"The chief minister will first visit Kochi and urge Rahul Gandhi to contest for the party president post," the cabinet minister said.

After the meeting, state Food and Civil Supplies Minister Pratap Singh Khachariyawas told reporters, "The chief minister said that if he files nomination for the party's national president post, then legislators will get a message to reach New Delhi."

He said there is no anti-incumbency in the state and the chief minister was not away from people.

Gehlot is scheduled to go to Delhi, Kerala and Maharashtra, and has directed the legislators to ensure that the assembly functions smoothly, Khachariyawas said.

The meeting was held after the chief minister hosted a dinner for newly elected Vice President Jagdeep Dhankhar at his residence.

The process of filing nominations for the organisational elections in the Congress begins on September 24 and will end on September 30, and Gehlot is increasingly being seen as a top contender for the post of the party's national president.

The Rajasthan chief minister, however, has so far denied that he is a candidate and said he will try to convince Rahul Gandhi to contest.

The Rajasthan Pradesh Congress Committee has taken the lead in passing a resolution backing Gandhi for the post, triggering similar expressions of support from the party units in several other states.

Gehlot is considered a candidate favoured by the party's top leadership, according to some sources.

The last date for withdrawal of nominations is October 8 and the election, if required, will be held on October 17. The results will be out on October 19. 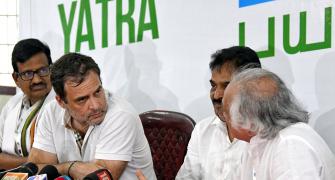 Fight for Cong prez post on cards after 2 decades 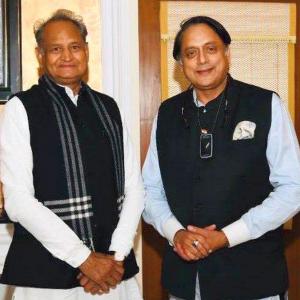