The Ashok Gehlot-led Congress government will move a confidence motion in the Rajasthan Assembly during the session beginning Friday, a party leader said. 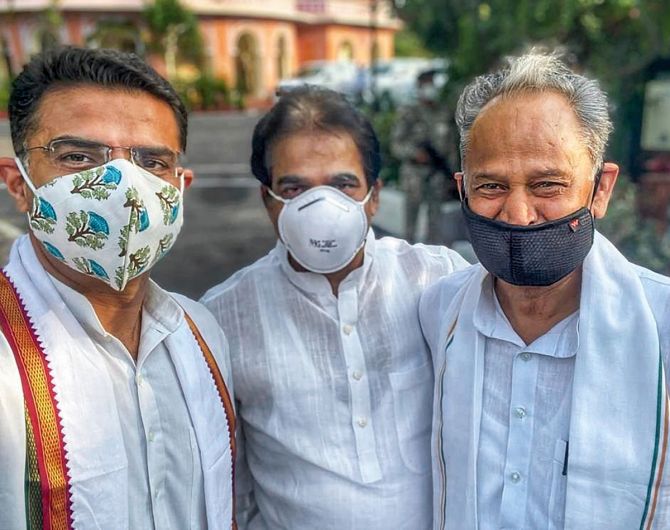 This was announced on Thursday at the Congress Legislature Party meeting chaired by Gehlot, which was attended by his former deputy Sachin Pilot among others.

"The meeting was held in a very cordial manner in which discussions were held on moving the confidence motion in the assembly. All the MLAs pledged that they will work with unity under the leadership of Chief Minister Ashok Gehlot," All India Congress Committee general secretary Avinash Pande said.

Just hours earlier, the opposition Bharatiya Janata Party said it will move a no-confidence motion during the session.

The assembly session comes days after the top leadership of the Congress announced the return of Pilot and 18 other dissident MLAs to the party-fold.

Referring to Pilot's open rebellion while addressing the legislators, the chief minister asked them to 'forget what has happened', leaders who attended the meeting said.

"The CM said that proving a majority without 19 MLAs would not have made us happy," another leader said.

"He also stated that the party will bring the confidence motion in the assembly. He assured everyone that grievances of all will be addressed whenever they want," said the leader, adding that all CLP members raised their hands on the chief minister's call.

Another MLA informed that in the meeting Pilot, the former deputy chief minister, expressed gratitude to everyone for supporting him during his tenure as Pradesh Congress Committee (PCC) chief for six years.

In his first address after he was removed as the PCC chief, Pilot thanked Congress president Sonia Gandhi and leaders Rahul Gandhi for giving him the opportunity to work as the party's state chief for so long.

"Pilot expressed gratitude to the MLAs across 33 districts for working with him during his tenure as the PCC chief and said he is happy that the party has listened to what the MLAs had to say in terms of what needs to be done for a more responsive government, what changes need to be done and what roadmap should be there to win the next assembly elections," the MLA said.

He informed that Pilot also said whatever the Congress president has desired will be followed.

After the meeting was over, AICC general secretary K C Venugopal said the party will stand united and will 'fight it out' in the assembly.

"Everything went on well. Now the Congress party is united. We will fight against the BJP's bad politics. Tomorrow in Vidhan Sabha, Congress party will stand united and will fight it out," Venugopal told reporters.

On Thursday, all eyes were on the meeting between Gehlot and Pilot who came face to face for the first time after the month-long political crisis which began after the latter, along with 18 other MLAs of the party, openly rebelled against the chief minister.

Pilot and Gehlot shook hands in a moment marking the return of the sacked deputy chief minister and 18 other dissident MLAs to the party-fold, after the intervention earlier this week of the top Congress leadership in Delhi. 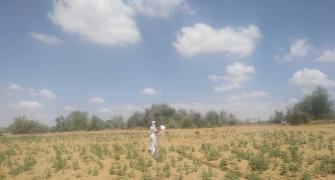 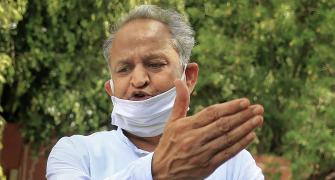 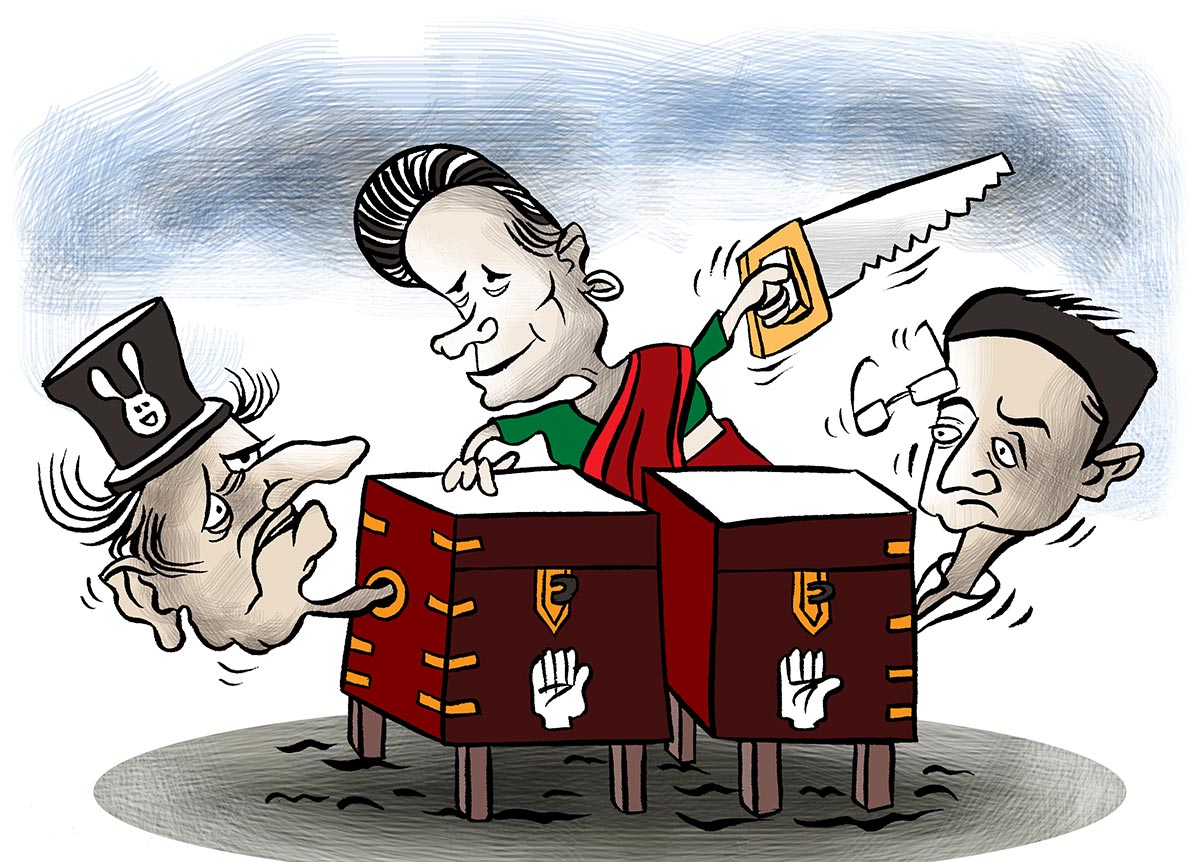 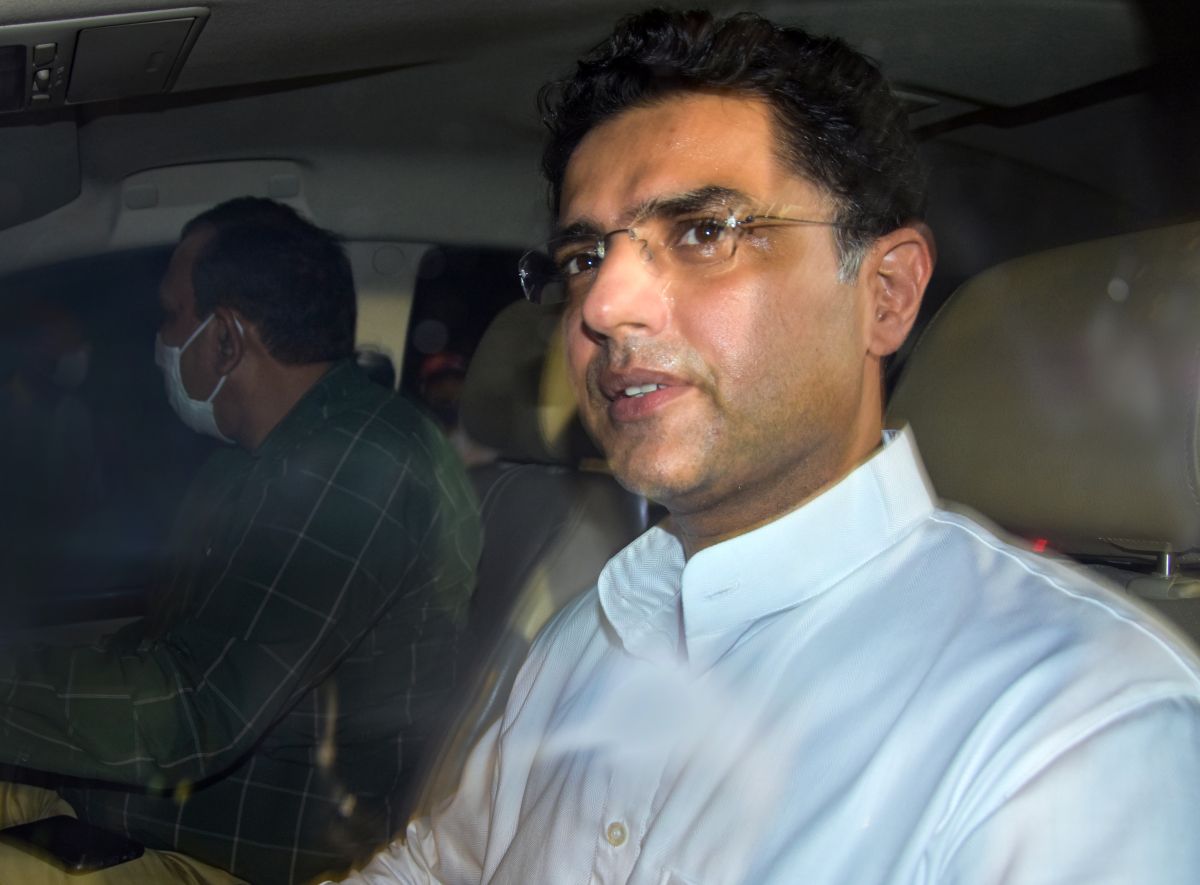